About the Series:  Meet the women and men who work at Luxxor Limited, a high-end escort service. The company caters to the wealthy by matching them with escorts who are as smart, mannered, and cultured as they are beautiful. The one limitation in Luxxor’s contracts? No sex allowed. Except, of course, if the contact is mutually acceptable. 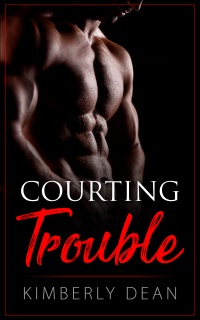 Sienna is bright, articulate, and woefully underemployed. In order to get by, she signs a contract with Luxxor Escort Services. A contract that strictly forbids any sexual contact with clients… But then she’s assigned to accompany former hockey player, Jason. The chemistry between them is hot, and soon Jason is tempting Sienna to break all the rules.

“Can I see your ankle?” Sienna asked softly.

The question came from out of the blue, surprising even her. She hadn’t meant to ask, but that limp, negligible as it was, made her stomach hurt.

Jason’s good humor faded as he looked at her. She saw the guard come up in his eyes, but also the questions. The glass and brass clock on the far wall went tick, tick, tick.

Dropping her feet to the floor, Sienna patted her lap.

With an uncomfortable shrug, he turned and propped himself up against the other end of the couch. He dropped his bare feet onto her lap and lifted his coffee cup, saluting her.

Yet she could feel the tension in him as she tentatively touched his shin.

“It’s hurting you this morning,” she whispered.

He watched her steadily. “Not that bad.”

“I should make you amend the contract so you’re not allowed to pick me up or carry me.”

He scowled. “Are you trying to start a fight?”

“No.” She traced her fingers along the scar on his right ankle and tried not to envision the horrible play where he’d been injured. She’d watched it once online, and she hadn’t been able to get it out of her head since. It had made her cringe, and it had made her cry.

The muscles leading up to his calf were tight. She instinctively began to massage them to get them to loosen.

A sound came from the back of his throat.

She looked at him sharply. “Should I stop?”

The heat burning in his eyes told her she’d better not. 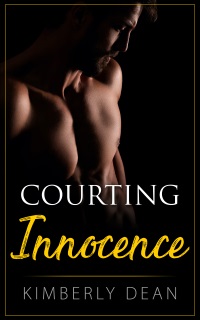 Erin starts using matchmaker Luxxor Limited, not realizing that the company is truly an escort service.  She gets more than she bargained for when she’s set up with another client, lawyer Colton King. Her big brother’s best friend.

“Hello,” she said softly, happy when her voice didn’t waver.

The man stiffened. Slowly, he turned away from their hostess to look at her. Erin’s breath went short when his dark gaze connected with hers.

And then she couldn’t breathe at all.

Her stomach dropped, and dread filled her. Oh, no. No, this couldn’t be happening. This was some sick joke. Her family had found out what she was doing and had sent him in. She was so busted.

“Come in, Erin,” Nina said in her husky voice. “Erin Foster, this is Colton King.”

Erin knew. The man had been her teenage dream. Her fantasy—and the crush had lasted well past adolescence.

Her knees wobbled, and she caught the back of a chair. He was going to give her away. He’d tell Dustin, who’d tell their parents. If he hadn’t already—

She swallowed hard. “Colt,” she managed to get out.

His attention swung from her to Nina and then back again. “What is this?” he asked. “What’s going on?”

Erin focused on the carpeting. If she was lucky, maybe a big hole would open and swallow her up. It was the only way she could see to get out of this mess. She should have given Nina a list of men she couldn’t see. No-goes. This one would have been smack dab atop the list.

“This is the woman I spoke to you about,” Nina said patiently.

That made Erin’s gaze lift. So, maybe he hadn’t known? If she begged, would he put this in the vault and promise never to talk about it? Ever?

She didn’t think so. His jaw had gone tight, and a muscle at his temple was flittering. He had a tan as if he’d recently been some place warm, but underneath it she saw a definite pallor.

This was not good.

“As I explained, we’re reevaluating the process we use to pair people. When we keyed in the new parameters, you two were a match for each other’s wants and preferences.” Nina reached up to toy with an earring. “A perfect match, in fact.”

What? Erin’s heart raced so hard it hurt. Her ribcage was just too tight to contain it. If he wasn’t here to yell at her, then... “You’re my date?”