Book Giveaway: Hit Me With Your Best Scot by Suzanne Enoch 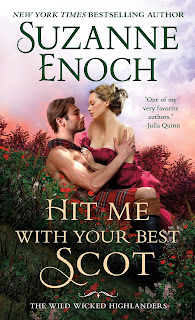 The MacTaggert brothers have one task:

Coll MacTaggert, Viscount Glendarril, is a big, brawny Highlander who doesn’t like being told what to do―not even by his exasperated English mother who is determined to see her eldest son wedded and bedded. However, when he comes to the rescue of an irresistibly beautiful woman, Coll discovers that he may have found his perfect match…

The challenge isn’t that Persephone Jones is famous, wealthy, independent, and smarter than anyone he knows.The problem is that she isn't interested in marrying any man―especially not a hot-headed Scot―even if he is the only man who seems to understand who she really is even when she’s not sure herself. When Coll learns that Persephone is actually a lady-in-hiding and someone is willing to kill her for what she stands to inherit…Well, Coll has never been one to turn down a fight. When hearts are involved, nothing comes between a Highlander and his lady.

HIT ME WITH YOUR BEST SCOT - Suzanne Enoch

Coll MacTaggert, Viscount Glendarril, isn't going to let anyone, even his mother, force him into a marriage without a fight. The marriage agreement made between his parents stipulated that the money his mother, Lady Aldriss, brought to the marriage would only fund Lord Aldriss' Scottish estate, Aldriss Park, if all three of her sons married English women before their only sister weds. Lady Aldriss left Scotland with her baby daughter seventeen years before, and none of her sons had seen or heard from her since. But now, all three men are in London to find brides before Eloise, their sister, weds in just a few weeks. Coll is the last man standing as brother Niall is already married, and Aden will be married in a week.

Angry that his mother has set him up, once again, with not one but two simpering Sassenach lassies in her box at the Saint Genesius Theatre, Coll storms out of the box and is instantly mesmerized by the lead actress playing Rosalind in As You Like It. She, it seems, has a huge following of adoring male fans. Mrs. Persephone Jones isn't impressed by the giant Scotsman until he dispatches an overbearing lord who makes some threatening comments to her.

Coll is sure that if he's going to marry any Sassenach, it should be someone like Persephone who clearly isn't interested in marrying him. She admits that the Mrs. part of her name is used because a widow is allowed to live on her own. And be an actress. It's difficult for Coll to wrap his head around an independent woman like Persephone, but his heart keeps telling him that even though she's a mere actress, and he will be an earl some day, that this is the woman for him.

Persephone tries to deny her attraction to Coll, but gives up when she hires him as her protector after a series of "accidents" befall her. The secret she is hiding could be the reason that she is being targeted by whoever is responsible for the potentially deadly incidents. But who could be trying to kill Persephone? And why? She's had eight years of peace while working at Saint Genesius with no indication that anyone recognizes her.

HIT ME WITH YOUR BEST SCOT is a delightfully entertaining read. It's a bit of a mystery, but it's all romance as Coll and Persephone angle their ways through a mutual attraction that they can no longer deny. Coll's family is exasperated with him as he threatens to marry an actress, even though that very actress has flatly said no. There is plenty of humor as Coll's physical presence clearly intimidates most of the men who are in love with Persephone, as well as some of the potential brides his mother produces for him.

The final book in The Wild Wicked Highlanders series, HIT ME WITH YOUR BEST SCOT is a fun, and very romantic, tale.

Random Number Generator picked the Lori Wilde book winner and it is....... 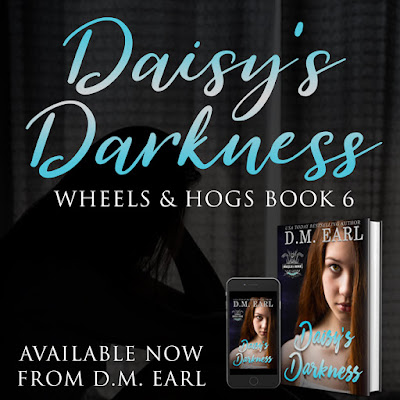 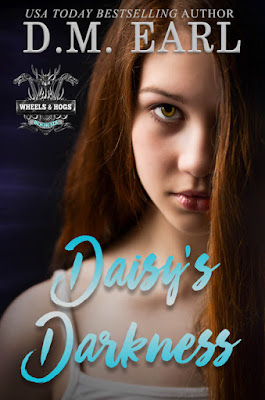 How did my life become such a battle just to breathe? When did I start to hate everything that is me? Along the way where did I lose my family, the Horde, and their support I have always relied on? Why did I push them away? What’s going on with me? Who am I anymore? Why do I even care when it seems no one else does?
My life is a constant struggle. Getting up everyday is becoming harder and harder. I feed the demons of my loneliness by myself because I refuse to reach out for help. Why won’t I reach out? As the emptiness of my very existence threatens my sanity, I search for ways to make myself just feel. The problem is each time I find a new way to feel it’s not only causing me pain but also bodily harm.
Will I be able to focus on the light amongst all the pain and darkness my mind sees? Will the people fighting to bring me back win or will the emptiness of my soul finally pull me down to nothingness? I don’t have a clue. 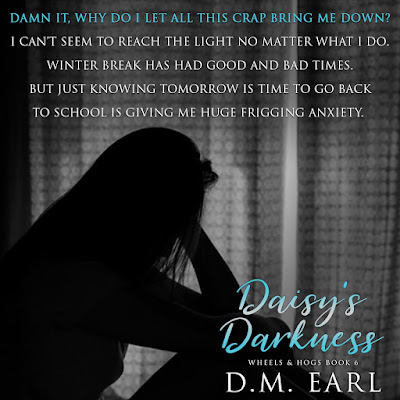 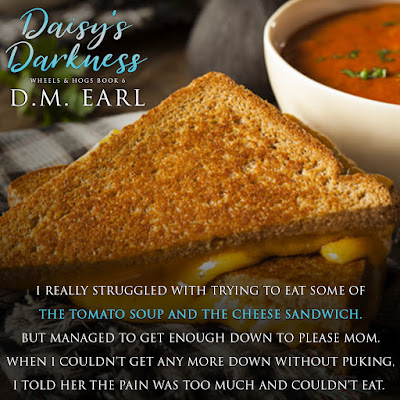 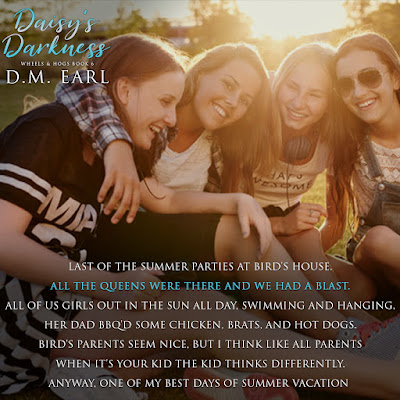 USA Today Bestselling author D. M. Earl spins stories about real life situations with characters that are authentic, genuine and sincere. Each story allows the characters to come to life with each turn of the page while they try to find their HEA through much drama and angst.
DM resides in Northwest Indiana with her husband and 8 fur babies. When not writing she loves to read, ride her Harley and garden. Also DM likes to spend time with her family and friends.

Promo: Forever After All by Catharina Maura 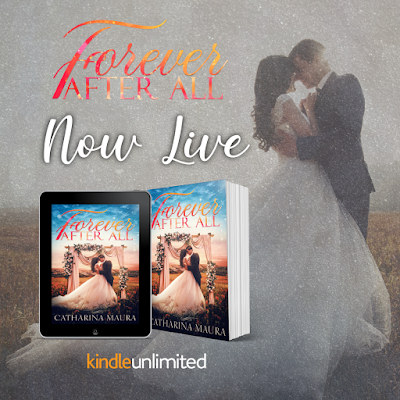 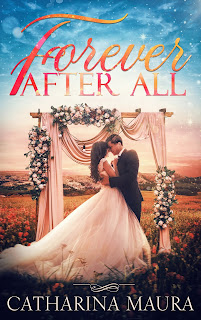 From the author of The Tie That Binds comes another spellbinding marriage of convenience novel.

Elena
I’m ready to sacrifice my dignity if it will save my dying mother. Or so I convinced myself as I walked into a gentlemen’s club, ready to trade my body for my mother’s life.

Alexander
Elena Rousseau, a heiress fallen from both riches and grace.

I know she’s not right for me – she’s far from the meek trophy wife I’m after. But if she’s going to sell herself to anyone, it’ll be me. 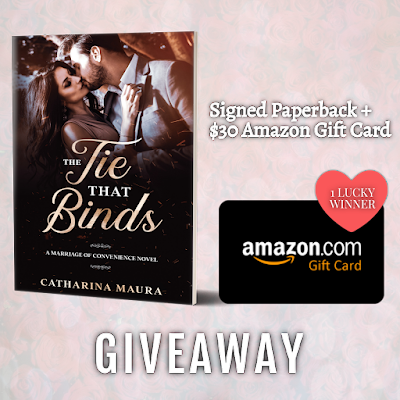 Amazon Review - “YET ANOTHER 5-STAR WONDER BY CATHARINA MAURA” 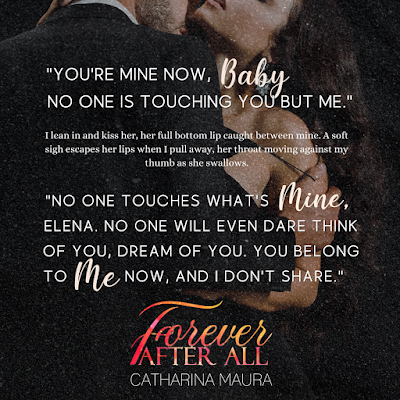 Catharina Maura writes deliciously angsty romance novels that'll give you all the feels. You'll usually find her daydreaming about the characters that waltz through her thoughts, begging for a happily ever after. 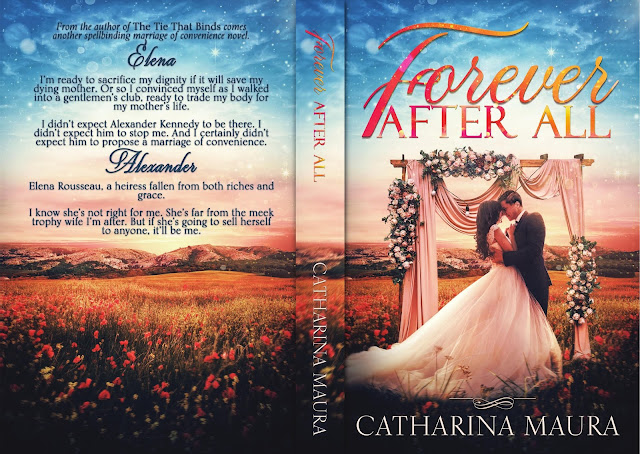