Showing posts from 2021
Show all

Title: First Down Series: Willow Bay Author: Ella Kade Genre: Dark, Sister's Best Friend Contemporary Romance Release Date: Wide Release - November 16, 2021; Amazon only - November 18, 2021 Cover Design: Wander Aguiar Model: Steven Dehler Cover Designer: Qamber Designs My twin sister’s best friend is off limits... But that hasn’t stopped me from being in love with her for the past five years. Every chance my sister gets she reminds me and Lo of my manwhore ways. Obviously, this was long before I ever knew she existed. Now I only have eyes for her. But I’m keeping my hands to myself. After her horrific sexual assault, Lo is sleeping in my bed, living in my house, and invading my every thought. Now that she’s away from my sister, whispering in her ear, warning her away, she’s too fragile for me to think about starting something that may wreck us both. She’s not ready for me and the longer she’s here, the closer my past mistakes come back to haunt me, m
Post a Comment
Read more 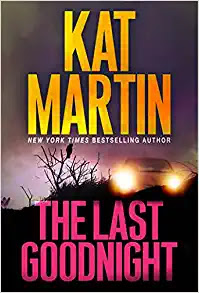 ABOUT THE BOOK When Kade Logan said goodbye to his estranged wife eight years ago, he never thought it would be the last time he saw her alive. Now her car has been hauled out of a nearby lake and Kade is determined to track down the man who murdered her.   Enter Eleanor Bowman, a talented private investigator who’s about to stir up a hornet’s nest on his Colorado ranch.     With old scandals still buzzing about his late wife’s many affairs and new violence erupting, Kade is faced with the discovery of another beautiful woman’s body.  Are the two killings linked? Who is the man who seduced, then murdered both women?  Ellie believes they are dangerously close to the truth.   From corporate Denver highrises to posh Vail mansions, Kade and Ellie sense the killer is closing in again and this time Ellie is the target.  Kade must risk everything to save the woman he’s coming to love—before she becomes the next victim . . . EXCERPT 1   Kade Logan stood on the bank watching the she
Post a Comment
Read more

Brooke is ready to start the next chapter of her life, but marrying her baby daddy’s twin brother wasn’t exactly what she had in mind. Can Shane convince Brooke to give him a real chance, or will she always see his brother when she looks at him?…Readers who love K. Bromberg’s Everyday Heroes series and Everyday Heroes world will love this steamy, unexpected pregnancy, marriage of convenience, contemporary romance. Blurb Kate Stacy’s Engage is a steamy, emotionally-gripping contemporary romance written in K. Bromberg’s Everyday Heroes Worlds project. After closing one chapter of my life, I’m ready to start the next. But marrying my baby daddy’s twin brother wasn’t exactly what I had in mind. Brooke Shane Masters isn’t the reason I came back to Sunnyville. In fact, I only returned to tell his brother that I’m pregnant with his baby. Then, I found out that he’s married, already has children of his own, and wants nothing to do with my baby. D
Post a Comment
Read more 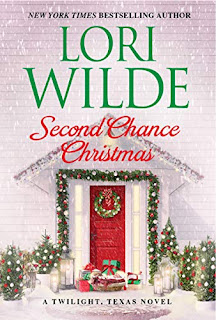 It’s Christmastime in Twilight, TX. The lights are twinkling, carols are being sung, and the cookies are baking. And this year, best friends Joel and Jana discover a shocking surprise: as they are organizing the living Nativity, they find a sweet little baby in the manger with a note saying the mother will return...soon. Jana tucks the infant into her arms, and she and Joel make the impulsive decision to take the baby home. Jana is spontaneous, Joel is a planner, but they agree that it’s better to care for this precious bundle for the holidays, in hopes that the mother really will come back by New Year’s. As the days pass, the pair begins to fall in love with the child and they’re also forced to face facts: their relationship goes far deeper than friendship. As the spirit of Christmas—and the magic of Twilight, TX—takes over, this unlikely couple must open up to the feelings they’ve been hiding from each other all along. ******** Lori Wilde is an award-winning, New York Times, USA To
2 comments
Read more 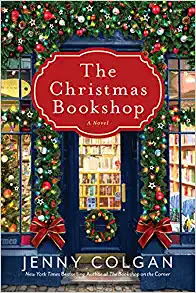 Perfect for the holidays! A brand-new heartwarming Christmas novel from the beloved  New York Times  bestselling author of  The Bookshop on the Corner  and  Christmas at the Island Hotel .  Laid off from her department store job, Carmen has perilously little cash and few options. The prospect of spending Christmas with her perfect sister Sofia, in Sofia’s perfect house with her perfect children and her perfectly ordered yuppie life does not appeal. Frankly, Sofia doesn’t exactly want her prickly sister Carmen there either. But Sofia has yet another baby on the way, a mother desperate to see her daughters get along, and a client who needs help revitalizing his shabby old bookshop. So Carmen moves in and takes the job.   Thrown rather suddenly into the inner workings of Mr. McCredie’s ancient bookshop on the picturesque streets of historic Edinburgh, Carmen is intrigued despite herself. The store is dusty and disorganized but undeniably charming. Can she breathe some new life into it i
2 comments
Read more

Book Giveaway: Home for a Cowboy Christmas by Donna Grant 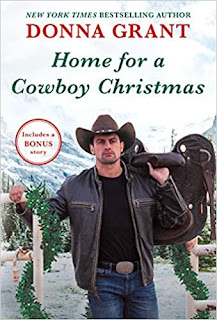 Tis the season―for everyone except Emmy Garrett. She’s on the run after witnessing a crime. But when it becomes clear that trouble will continue following her, the US Marshal in charge takes her somewhere no one will think to look–Montana. Not only is Emmy in a new place for her protection, but now, she’s stuck with a handsome cowboy as her bodyguard…and she wants to do more than kiss him under the mistletoe. Dwight Reynolds left behind his old career, but it’s still in his blood. When an old friend calls in a favor, Dwight opens his home to a woman on the run. He tries to keep his distance, but there’s something about Emmy he can’t resist. She stokes his passion and turns his cold nights into warm ones. When danger shows up looking for Emmy, Dwight risks everything to keep her safe. ****** Be sure to check out the review I posted on Oct 22nd! The book releases on Oct 26, 2021. Interested in a book with a cowboy and Christmas-themed? Then post a comment and you'll be entered in a
3 comments
Read more

- October 24, 2021
The winner of The Nantucket Inn is...... Patoct~ (All winners are chosen by Random Number Generator) Patoct, please email me at pattifischer@yahoo.com to claim your book.
3 comments
Read more

Review: HOLIDAY EVER AFTER by Jill Shalvis

- October 23, 2021
HOLIDAY EVER AFTER – Jill Shalvis Avon ISBN: 978-0-06-311500-2 November 2021 Contemporary Romance Anthology   One Snowy Night Lake Tahoe   Rory Andrews and Max Stranton have known each other since high school, but they don’t talk about “that incident.” Somehow, they both ended up living in San Francisco, their lives so much different from what they expected when they were in high school. Yet, despite their somewhat shared past, Rory and Max aren’t exactly friends. But after Rory’s boss offers to let Max drive her to their hometown near Lake Tahoe on Christmas Eve, they are forced to be together. Alone, except for Max’s dog.   The drive doesn’t go smoothly for Rory and Max in One Snowy Night , but maybe this will give them an opportunity to revisit what happened their senior year. It also lays bare the mutual attraction between them that has simmered for months. Will being stranded overnight give them a chance to explore those feelings? Can they resolve their past hi
2 comments
Read more

- October 23, 2021
STATE OF TERROR - Louise Penny and Hillary Rodham Clinton A Perfect 10 St. Martin's Press ISBN: 9781982173678 October 2021 Fiction   United States - Present Day   The brand new United States Secretary of State, Ellen Adams, along with her lifelong friend and counselor, Betsy Jameson, have just returned to Washington, D.C. after a less-than-productive trip to South Korea. Disheveled and exhausted, nevertheless, she has to report immediately to the Capitol since the recently inaugurated President is making his first speech to Congress, and the country. While she had campaigned for another to be the Democratic nominee, she was shocked to have the new President, Douglas Williams, appoint her to head the State Department. Ellen knows he despises her for her company's support of the other candidate, but also because of a past situation with her son. Still, here she sits, looking a mess, but listening to President Williams's first speech.   As the speech dro
Post a Comment
Read more

- October 23, 2021
SECOND CHANCE CHRISTMAS – Lori Wilde A Twilight, Texas Novel Avon ISBN: 978-0-06-295323-0 October 26, 2022 Contemporary Romance   Twilight, Texas – Present Day   Christmas is just around the corner and best friends Jana Gerard and Joel MacGregor are clearing up the town’s Christmas display after a night of festivity. Jana suddenly hears the soft sounds of crying. A baby? She goes to pick up the doll in the manger when she realizes that there is a real baby in there. How did it get there? Where is his mother? Instead of calling the police and child protective services, Jana and Joel decide to take the baby in. A note left with the baby’s things indicates that his name is Gabriel and that the mother promises to come back and pick him up on New Year’s Day. Because Joel’s house is bigger, they decide that Jana will temporarily move in with him to help care for the infant. As they spend time together, feelings of more than friendship begin to develop. Will the baby bring t
1 comment
Read more

Review: HOME FOR A COWBOY CHRISTMAS by Donna Grant

- October 23, 2021
HOME FOR A COWBOY CHRISTMAS – Donna Grant St. Martin’s Paperbacks ISBN: 978-1-250-82026-6 November 2021 Contemporary Romance   Riverlands Ranch, Montana – Present Day   Emmy Garrett is under the protection of the U.S. Marshals program after witnessing a crime by a mob boss. However, after her safe house is breached and Emmy is nearly killed, her handler realizes that there is a leak. She is whisked away to parts unknown where the person in charge of her hopes she will be safe. Emmy is driven to a remote Montana ranch owned by Dwight Reynolds, himself a former FBI and Homeland Security agent. Dwight will protect Emmy from any danger at all costs, but will he be able to protect her from losing her heart to him?   Dwight has lived a solitary life on his ranch the past few years. Living on a remote ranch isn’t easy for a woman, but Emmy seems to fit in well, even if she can’t venture outside much. He is repaying an old friend as a favor to protect her. They know that whoeve
2 comments
Read more