Promo: This Is It by Tess Summers 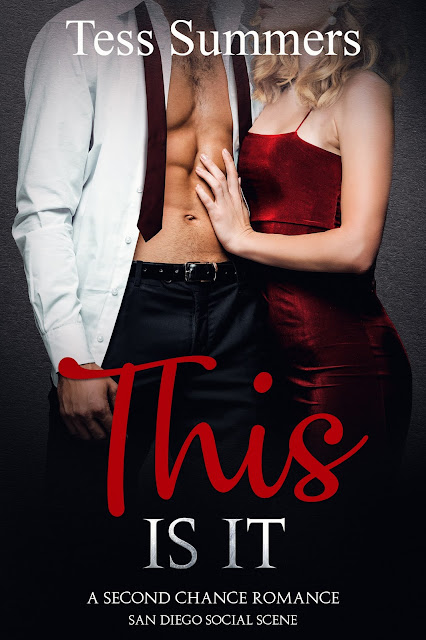 Paige
When I woke up Christmas morning, I didn’t know if I’d been on Santa’s nice list this year—or his naughty one. Thinking back to the prior evening’s events, I decided it was definitely the naughty one. There had to be a mistake—I was always on the nice list. But the gorgeous, naked man snuggled next to me seemed to suggest I had a lump of… something waiting for me. Maybe the nice list was overrated. Or maybe naughty girls really did end up with coal in their stockings.
Grant
I was now on the ‘every-other-weekend and alternating holiday schedule’ with my kids—one more thing about divorce that I detested. Attending my law partner’s Christmas Eve party seemed like a better alternative to drinking alone in my boring beige condo, staring at my new pipe-cleaner tree with its new, shiny ornaments. The last thing I expected was to be propositioned by a former PTA President. Or to wake up Christmas morning not wanting to leave her bed. But you don’t get to be our age without plenty of baggage. The question was, did ours match?
This sexy, feel-good, second chance romance will have you cheering for Paige and Grant to finally find their happily ever after together. But not before they discover that dating—at any age—isn’t so easy.

You know how people say, “My life changed overnight,” or “I never thought this could happen?” Usually they’re talking about a loved one dying suddenly, but let me tell you, divorce can be a lot like that.

One day you’re thinking about redecorating the living room, the next you’re puking up pancakes after finding out your husband of nineteen years has a much younger girlfriend who just so happens to be pregnant.

“Didn’t you have any idea?” my girlfriends would ask, and embarrassed, I would always respond truthfully, “Not a clue.”

Of course, looking back now, the signs were obvious: our sex life that hadn’t been that great to begin with became nonexistent, he would frequently be called out for ‘late night emergency surgeries’ where he’d say he was going to stay at the hospital afterward, a lot of out-of-town conferences, and just late nights in general… But Dr. Scott Hayes was making money hand-over-fist, and things between us we comfortable, so I never gave it a second thought. We rarely fought, but that’s probably because we rarely communicated about anything other than the kids and our schedules.

To everyone else, we were the perfect couple, and most people were as surprised as I was when they learned he announced one morning at breakfast he wanted a divorce.

To Scott’s credit, he at least had the decency to feel ashamed, so my divorce settlement and alimony meant the kids’ and my lifestyle didn’t change much, despite me not having worked an actual job since he finished med school. My life had centered around our kids, our home, and our standing in the community. Now three years after the divorce, the kids were off to college, the new, younger model Mrs. Hayes was making the social rounds, and my home was just an empty shrine to what my life used to be. The kids were at their dad’s for Christmas Eve, and I was crawling out of my skin.

And that’s how I ended up at my real estate agent’s party that night.

Divorce sucks ass. Even if you’re in the most miserable marriage on the planet, you still get to see your kids every night and have some sort of normalcy in your life. But, divorce upends and changes everything. Now instead of going home to my professionally decorated, five-bedroom, three-car garage Tudor with a pool and spa, I’ve got a nine month lease for a shitty beige three-bedroom condo. Light brown is everywhere I look: walls, floors, counters, furniture—everything is fucking beige, right down to the bathtub.

While it’s a nice change of pace not having every single thing I do picked apart and criticized, I don’t get to see my kids every night at dinner—just every other weekend, Wednesday nights, and every other holiday. Welcome to my new normal. I even lost my dog in the divorce.

On top of that, I really need to get laid. I can’t remember the last time I actually felt a woman’s body under me. Susan slept in the guest room the last six months we were still living together, and it'd probably been another six months before that when we’d actually been intimate. It’s been eight months since we signed the papers, and while I’ve been more than willing to bring someone home to my beige boudoir, the opportunities haven’t exactly jumped out at me. I work all the damn time, and I definitely subscribe to the don’t shit where you eat adage.

This was the first Christmas since my kids were born that I wasn’t going to be with them when they woke up in the morning, and frankly, it was depressing as fuck. My only saving grace was they were too old to believe in Santa anymore, and I was picking them up at noon to spend Christmas day at my parents with my family.

“Still, Christmas Eve is no time to be alone, Grant,” my sister Chloe chastised when she called me at work that Christmas Eve afternoon. The office was deserted, everyone having left early, so I answered my own phone instead of having my assistant screen my calls. “You’re more than welcome to come to Colin’s parents with us tonight.”

I shook my head, even though my younger sibling couldn’t see me through the phone. “I appreciate it, but no.” The idea of having to put on a happy face all night because people would be watching me closely to make sure I wasn’t going to break down, as though I was on some kind of fucking suicide watch, was really more than I could stomach. “I’m actually going to a Christmas Eve party tonight, but I’ll see you tomorrow.”

“A party? Whose?” Her tone was suspicious, like she didn’t trust that I wasn’t really going to sit home and get drunk under the pathetic, fake tree I’d bought on sale at Target and made the kids help decorate with new, shiny ornaments. Nothing nostalgic or representing my former life. Susan got to keep the popsicle stick and macaroni decorations the kids had made through the years.

“My law partner’s. He invited me last week.”

At the time Travis invited me, I’d had no intention of going, but the thought of being home alone in my beige apartment with my pipe cleaner tree and its brand spanking new ornaments without even my dog to keep me company was more than I could stand.

And that’s how I ended up going to Travis Sterling’s Christmas Eve party. 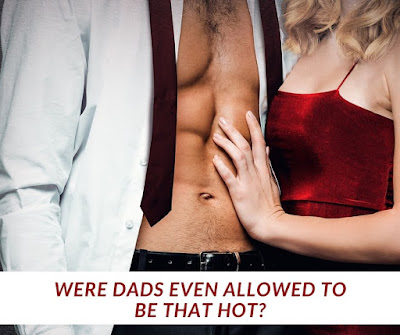 Tess Summers is a former businesswoman and teacher who always loved writing but never seemed to have time to sit down and write a short story, let alone a novel. Now battling MS, her life changed dramatically, and she has finally slowed down enough to start writing all the stories she’s been wanting to tell, including the fun and sexy ones!
Married over twenty-five years with three grown children, Tess is a former dog foster mom who ended up failing and adopting them instead. She and her husband (and their five dogs) split their time between the desert of Arizona and the lakes of Michigan, so she’s always in a climate that’s not too hot and not too cold, but just right! 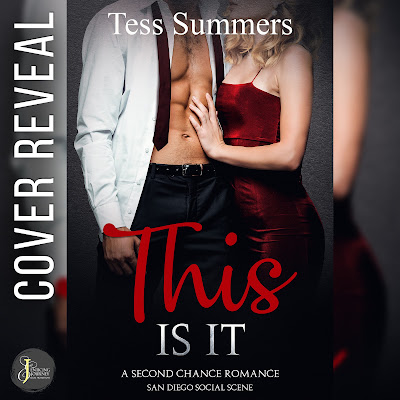