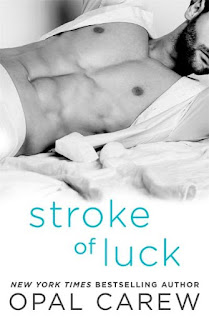 April came to Las Vegas to marry the man she thought she loved, but after she found him having sex with another woman, the marriage is off. Her now ex-fiancé is angry that she won’t accept his infidelities and is bent on revenge. He cancels their joint credit card, among other things, leaving April to pay the massive bill at the luxurious resort where she is staying. While she is arguing with the hotel manager, they are interrupted by Quinn Taylor—a man April once loved. Quinn orders the manager to put the charges on his credit card. April wonders why he would do this because their breakup was acrimonious. She soon learns that as part of Quinn’s plan to help her, she must agree to have sex with him—and his best friend, Austin Wright, who is also in Vegas on vacation with Quinn.
The idea of having sex with two men should scare April, but it thrills her, especially after she meets Austin. Both are virile and handsome, and they ooze sex appeal. She must admit that she’s attracted to both men. The agreement between them is that the relationship will last as long as they’re in Vegas, but when she wakes up the following morning after spending an incredible night with them, she discovers that she’s married—to both men.
STROKE OF LUCK takes readers on a sensual ride as April lives out the fantasy of having two men at once. Quinn is her old love who still wants her after all these years despite their painful breakup. Is he over her, or does he still secretly love her? Readers know that he hasn’t ever forgotten her, while she had moved on with another man. April suffers from feeling the lack of financial security as she grew up in the foster care system. When her ex, Maurice, dangled security in the form of never having to worry about money again, she jumped at the chance, leaving Quinn behind. Quinn went on to build a successful business that could rival her ex when it comes to wealth. The sparks still fly between Quinn and April, but can he trust her, or she a gold digger looking to cash in once again?
Throwing Austin into the mix, April has two men who love having sex with her. They’ve never shared a woman before, but once they watch the other have sex with April, it makes the whole arrangement even hotter. Also, is marriage to two men at the same time legal? How did it happen—and why? In STROKE OF LUCK, everything comes all together so that readers get the answers, as well as a sexy story. Will what happens in Vegas stay there, or will April, Quinn, and Austin’s erotic arrangement continue once their vacation is up? Find out by picking up a copy of STROKE OF LUCK. Oh, and don’t forget to grab a bag of ice. You’ll need it to read this sizzling hot tale.
Patti Fischer
Good things do come in threes.April Smith’s luxurious Las Vegas wedding crashed and burned when her wealthy fiancé cheated on her and left her with a hotel bill that costs more than she makes in a year. Even more humiliating, her college ex-boyfriend Quinn Taylor has come to her rescue and bailed her out. They didn’t part on the best of terms and never expected to see one another again.For Quinn, April was the one who got away and despite the heartache she caused him, he’s never gotten over her. Not wanting to be in his debt, April makes Quinn a tempting offer: she’ll spend the next month with him during his Vegas vacation, fulfilling his fantasies. Being with April has always been Quinn’s number one fantasy, and next on the list is sharing a woman with his best friend and business partner, Austin Wright. Since he can see an undeniable attraction between April and Austin, he makes that a condition of their deal, too.Enjoying the attention and affection from two hot and handsome men, April gives in to her desires to be with both of them. But with those desires comes a growing love that she fears may force her to choose between Quinn and Austin―or lose them both.
Amazon Link To Purchase
at December 01, 2020