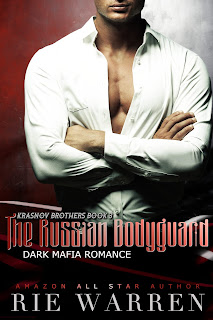 I am her bodyguard.
I’m her only hope.
I’m going to break her, teach her, train her.
I cannot stand this prissy brat who practically throws herself at every guy she meets. Yet I’m tasked with babysitting her. The pakhan’s daughter tests my patience, makes me want to break out in uncontrolled violence, or maybe just throw her down to show her what all her teasing does to a real man.
She’s untouchable. Until a Russian rival mafia comes seeking revenge. I’m about to teach the printsessa a lesson she’ll never forget, and I guarantee she’s the one who will be taking my orders from now on.
The Russian Bodyguard is book 3 in the Krasnov Brothers series. No cliffhangers. No cheating. Includes vivid, steamy scenes. Can be read as a standalone.

Maksim’s chest heaved as he read me the riot act. “You are fucking impossible.”

“And you are the worst man I could ever have been shackled to!”

His hand snapping out, he squeezed my cheeks hard.

I tried not to flinch, but his grip was vise-like.

Maksim lowered his face to mine, his gunmetal irises just this side of demonic. “I really will beat your ass if you ever attempt to go out on your own again.”

Releasing my face, he yanked me into his unyielding embrace. His mouth crashed over mine with a fury I’d never tasted before.

I struggled, kicking at anything I could reach.

He speared his tongue into my mouth, wildly claiming what he thought was rightfully his. Holding me caged against him, he drove a hand into my hair, angling my neck, trying to conquer me.

I let out a strangled growl then let the rage and arousal explode out of me.

Maksim grunted when I licked between his lips, drawing me up his body so we collided in all the right ways—for once.

We kissed so ferociously, clawing at each other, practically tearing into one another to get some kind of upper hand out of this pure madness.

And still the heat roared.

We broke apart just as forcibly as we’d clashed together, both of us breathing hard.

“I hate you with every single fiber of my being,” I scathed.

“That makes two of us.” A hard sneer crossed his lips that had just been slanted across mine.

He grabbed both sides of my blazer and ripped it open. Buttons popped off, pinging across the room. I looked down at my ruined leather jacket just as he tore if off my back.

Breasts thrust against the corset that remained, I saw him through a haze of red when he slung the jacket aside like it was no more than a piece of rubbish.

I launched back to smack him right across his face, but he captured my wrist in an iron grip.

He towed me inexorably against him again, and all my feral instincts went into meeting his wild kiss.

A loud groan thundered from his chest when I rolled my tongue over his then nipped at his bottom lip. His hands roved from my arms to my ass, and he cranked me right against his undeniable erection, which threw me back into that heady spiral of hate and lust.

His sculpted features came slowly into focus when he drew back.

A filthy grin the likes of which I’d never seen played across his lips that—goddamn him—had felt perfectly voracious against mine. “Shall I tell you what I’ve been thinking about?”

“What?” All the breath caught in my chest, my voice emerging raspingly.

His smirk widened. He paced backward a couple of steps. Without taking his eyes off mine, he removed his tie. With a shift of his strong hands, he unbuttoned his shirt from top to bottom. A shrug of ropey shoulders, and he eased the material from his muscular tattooed torso.

Then his fingers—the ones that had bit into the fleshiness of my ass—dropped to his trousers.

The belt slithered and hissed like a snake when he removed it. He stepped out of his shoes, toed off his socks, went for the closure of his pants.

His voice the same gruff timbre as always, he unzipped, saying, “I have been thinking about my cock in your mouth, Sashenka.” 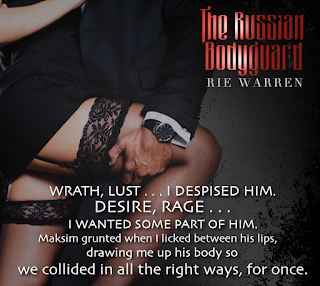 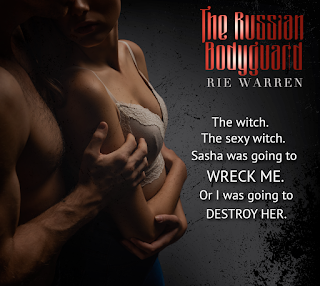 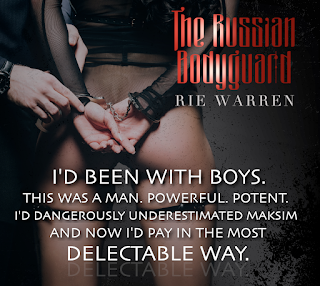 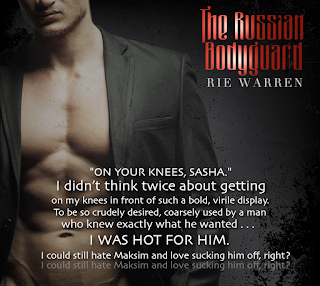 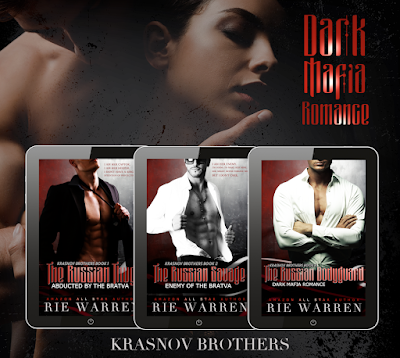 Badass, sassafras Rie Warren is an OG Amazon All Star author of Bad Boy books and MC romance. She delivers five star sex, suspense, and the best banter around. Her stories are one hundred percent original, do not contain fluffy plots or virgin brides, and wring every last emotion from readers to leave them with a satisfied smile. Rie’s tough alpha males are never brought to heel, but are instead healed by the feisty femme fatale of their perfect match. She grew up in Maine, went to college in Iowa (Iowa, what?), lived in Scotland, and married in Englishman. In true roundabout fashion, they came back to the States, settled in South Carolina’s lowcountry, putting down southern roots and pursuing their arty endeavors. Tale spinner and character diviner, Rie is a lover of sleep, wine, and rude memes often involving either Disney characters or Winnie the Pooh. She is raising two teen daughters along with an entire brain full of unruly characters. Rough-talking alpha men? Rie has that on tap. Stubborn sassy heroines? You bet. Smoldering sex scenes that’ll set your Kindle on fire? Check, check, check. Keep a fan handy, you’ll need it. Follow the signup link below to her romance newsletter for sneak peeks, new releases, first looks, and her quirky sense of humor. https://www.subscribepage.com/riewarrenromanceAnd, as always, happy sexy reading to you!