Promo: Grayson: The Wild Ones by Jessie Cooke 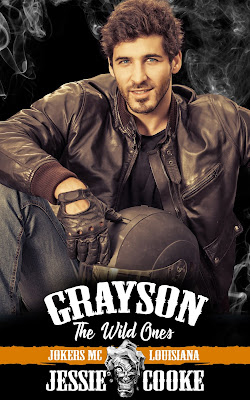 Loyalty is the one thing Grayson Richard grew up understanding completely. His belief in loyalty above all else led to him becoming a New Orleans Joker, and finally finding the family he had always been lacking. But loyalty had also given him many sleepless nights. With his uncle imprisoned for a crime Gray knew his mentor Tucker committed, Grayson will be left with two choices, blood or loyalty.
Tucker McCloud was a small-time crook and drug dealer, who ultimately became one of the richest and most respected businessmen in the US…and behind the scenes, a big-time drug and arms dealer. When Tucker is diagnosed with Alzheimer’s, keeping his empire running becomes next to impossible, and Grayson’s loyalty will once again be tested when it seems he’s the only one the old man can turn to for help.
In the midst of it all, Poppy Le Blanc juggles her own demons and will have to learn that sometimes strength is less about what you can do for yourself, and more about who you’re willing to let in to help you.
From the swamps of Louisiana, to the coast of California, lives will be changed, people will be broken and above all, loyalties will be tested. Ride along with the New Orleans Jokers, and find whether or not Grayson and Poppy can carve out a path that will lead them far from the pain of their past, or straight into the eye of a storm that’s been brewing for twelve long years. 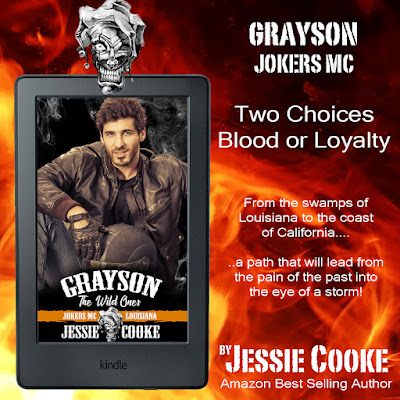