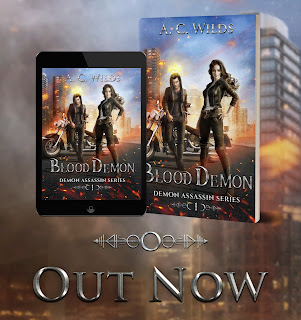 Kill him or die…

Anima’s existence is about one thing ––exterminating demons. She’s an assassin for the black magic coven, Tenebris, and her next assignment is to kill the president of Hallowed Grounds MC. Except, when they meet, she can’t fulfill her task. Torque isn’t the ruthless princep of Bloods they declared him to be. Instead, he’s so much more.

But time is running out, and Anima knows what happens to assassins who don’t satisfy their contracts. She never meant to spare him, but if what he says is true, then her entire life has been a lie.

Two dark souls are now linked by a future neither saw coming. If they don’t get answers fast, it could be the end of New City. And the person who raised Anima, whom she thought she could trust above all else, is actually the one behind it all. Her mentor and the high priestess of Tenebris coven, Rahna, has been keeping secrets, the deadly kind that can ruin life as they know it.

Can two such opposite enemies join forces to take down a common foe, or will old habits prevent them from saving the realms they are both inextricably linked to? 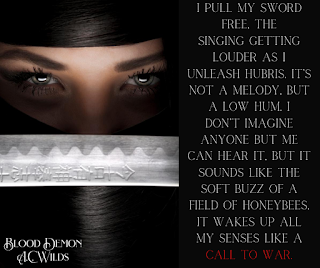 About the Author
A.C. Wilds was born and raised in New York City. She lives in an outer borough with her husband and two girls. She loves horseback riding, mythical creatures, and everything books. When she isn't at her desk writing the next great escape, she can be found with the blankets over her head reading a steamy paranormal tale.
Stalker Links
https://linktr.ee/acwilds
at October 27, 2020