Promo: A MOST ENGLISH PRINCESS: A Novel of Queen Victoria’s Daughter by Clare McHugh 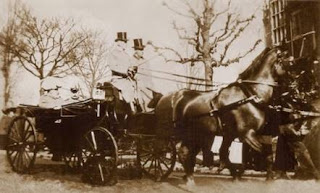 My debut novel, A Most English Princess, tells the dramatic and romantic story of Victoria, Princess Royal, the eldest of Queen Victoria and Prince Albert’s nine children. Her father, eager for his bright and capable daughter to use her talents and position for good, orchestrated her marriage to Fritz, the Crown Prince of Prussia. Albert hoped that Vicky and Fritz could foster the growth of democracy in Germany. As it turned out the young Victoria “Vicky” as she was called, fell madly in love with handsome Fritz. However, the pair faced considerable hardship—the traumatic breech birth of their son, later Kaiser Wilhelm, nasty court intrigue, and the enmity of autocratic Otto von Bismarck who blocked their dream of a better, freer Germany. If you like European history and the royals, you will like this book.

2. What was your favorite scene?

I love the scene during which Fritz and Vicky get engaged. It happened at Balmoral where Fritz had travelled to meet 15-year-old Vicky again. (They had met first at the Great Exhibition in London when Vicky was 10.) I took what Vicky and Queen Victoria wrote about this event, but imagined what was going on in Vicky’s head. She loved the gallant, bashful Fritz, but was she really ready to commit to a man for life? You can read how she sorts it out after he makes his proposal.

I was a newspaper reporter for many years and I’m a sucker for small, telling details of story. I did a lot of research before I started writing A Most English Princess, and I collected such factoids as what Vicky wore on her maiden tour of Germany, and the mishaps that occurred on that trip, including an honored guest sitting down on a meringue-topped pie.

4.  What authors or friends have influenced you in helping you become a writer?

My parents were constant readers—I remember a childhood friend asking me if that was all they ever did! They had friends who were authors, including a well-known British children’s book author Hester Burton who visited our house in suburban New York City. So, from the start, books and reading were a big part of my life. I worked in journalism for many years before I thought I was ready to write fiction. I am encouraged in all things literary by my husband, Mark Lasswell, also a writer and an editor.

All three generations are thrilled. My father, who is a psychiatrist and neurologist, helped me understand the medical problems faced by Vicky and her family. My husband was the final editor and made some brilliant suggestions that improved the book. My two children are happy that I have found a second career after 30 years in journalism and magazine publishing.

Not very many really! Reading is my hobby and my preoccupation, and of course helps me be a better writer. I spend too much time following the news. I like to cook, and to ride my bike in our neighborhood in Washington.

I am writing another novel, set in the US in the 1960’s up until the present day. All the characters are fictional.

I have a website: claremchugh.com. I would be delighted to hear from readers, and on the site readers can sign up to have me host Zoom book clubs. A Most English Princess raises many questions: about privilege, about woman’s destiny, and about the competing roles of being a wife and a mother. If you invite me, I promise to lead a lively discussion
About the book:

While Queen Victoria has been the subject of countless biographies, the leading character in best-selling historical novels, the magnificently bejeweled star of  Hollywood films, and the center of a hypnotizing PBS series, very little has been recounted of the life of Princess Victoria, or “Vicky” as she was called, the eldest of the nine children of Queen Victoria and Prince Albert of Saxe-Coburg and Gotha.

In A MOST ENGLISH PRINCESS: A Novel of Queen Victoria’s Daughter (William Morrow, September 22, 2020), Clare McHugh imagines the life of the young, self-assured and inquisitive Princess. Growing up in the Royal Court, the apple of her father’s eye, she left England to become her Imperial Royal Highness the German Empress and Queen of Prussia, wife of Frederick III, the German Kaiser.

Princess Victoria was a determined, idealistic woman whose impact on history is too often over-looked. At the center of the Prussian royal family and with a progressive outlook shaped by her father, she had a profound and lasting influence on politics and German unity in an emergent modern Europe.

Clare McHugh was born in London, and grew up in the U.S. The discovery of an old photo of her great-grandfather, a coachman, driving King Edward VII of Great Britain and his nephew Kaiser Wilhelm II, spurred her interest in how the British and German royal families intertwined. A person in a blue shirtDescription automatically generatedTransitioning from A person riding a horse drawn carriageDescription automatically generatedan accomplished career in journalism to novelist, McHugh undertook extensive and immersive research, including combing through a stash of nearly 4,000 of Victoria’s letters—which were secreted out of Germany shortly before Victoria’s death in 1901.

As she delved into the life of this admirable but ill-fated princess, McHugh made a poignant realization: Princess Victoria was the last person passed over for the English throne because she was female! Soon after the marriage of Kate Middleton and Prince William in 2011, a new law was passed by Parliament and endorsed by the heads of the Commonwealth nations ensuring that the order of succession to the British throne no longer favored males over females. Now the eldest child, regardless of sex, would be heir. As it happened, ALL the sovereigns since Queen Victoria either had boys first, or in the case of the current Queen’s father, only girls.  McHugh suggests: “Perhaps the measure should be dubbed “Vicky’s law” in honor of the valiant and deserving Princess Victoria!”