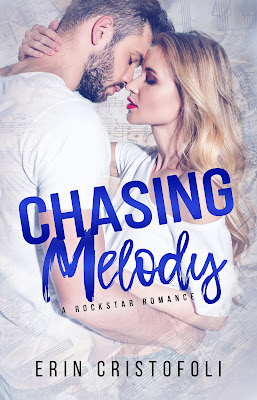 Chase Brighton is a dick.
Elle Holloway needs a job that will get her off of her friends couch. When one practically lands in her lap, she is determined to snag it even though the job description is vague. But when she learns that she will be working for the world famous rock star Chase Brighton, her confidence begins to waiver.
Chase might make her heart race, but his attitude sucks. He is cocky and moody. He even accuses her of wanting her fifteen minutes of fame. But he is also a single dad to the most adorable little girl—and he needs Elle to be his nanny.
Heading out on tour, the last thing Chase needs is to be confined on a bus with a woman as sexy as Elle. It’s enough to drive a man insane as his thoughts are filled with fantasies of her instead of the music he should be focused on. To keep her at arm’s length, he gives Elle a hard time at every opportunity.
As their attraction grows, they struggle to keep it professional, but sometimes fate has plans of its own. When the downsides of Chase’s fame pour a cold dose of reality on them, can they find a way to make things work, or will their differences pull them apart?

“If you don’t mind me asking, what is this place?”
“It’s a recording studio,” Claire laughed, “not that you would be able to tell from the outside. But privacy is of the utmost importance to the owner and anyone that he lets use the facility. No one wants a lot of fan fare while they are trying to focus on their music. So, let’s get down to the details, shall we? You will be working for Chase Brighton.”
My eyebrows shot up in surprise. Superstar Chase Brighton? “I’m not sure what job I could possibly do for him. Does he need a secretary for the studio or something?” I stated feeling slightly confused.
“Well, you wouldn’t be providing services for Chase per se, you’d be looking after his daughter. For your reaction, you didn’t seem all that excited when I said Chase’s name.”
I shrugged. “Should I? He’s just another celebrity.”
Claire studied me a moment. “Huh. Most women would fall at his feet.”
Rolling my eyes, I replied. “Well I’m not like most women who lose their mind over someone’s fame. Fame can lead to a big ego and I’m no ego-stroker. I definitely don’t have any kind of ridiculous crush on Chase Brighton.”
She seemed satisfied by my response. “Good, because I need this to work out. So as I said, you would be taking care of Chase’s three year old daughter, Ivy. We’re going on tour, you see, and he wouldn’t agree to go unless she came with us.”
“That’s understandable. So I would be babysitting her.”
Claire nodded. “More like a live-in nanny.”
“Wait a minute, do you mean I would be going on tour too?”
“Yep, that’s the job.”
I leaned back in my chair and let out a breath. “Wow that is a lot to take in.” 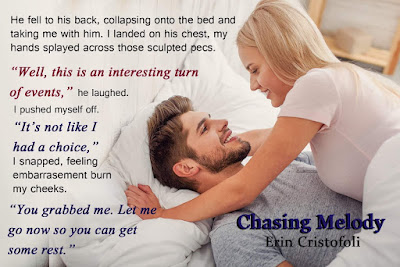 Erin Cristofoli resides in Ontario, Canada, with her busy little family. Her publishing career began with her debut novel, Starting Over. She loves the thrill of publishing and diving into each new world and tell the character’s stories. When she is not writing, she thrives on many creative ventures, including photography, painting and crocheting. 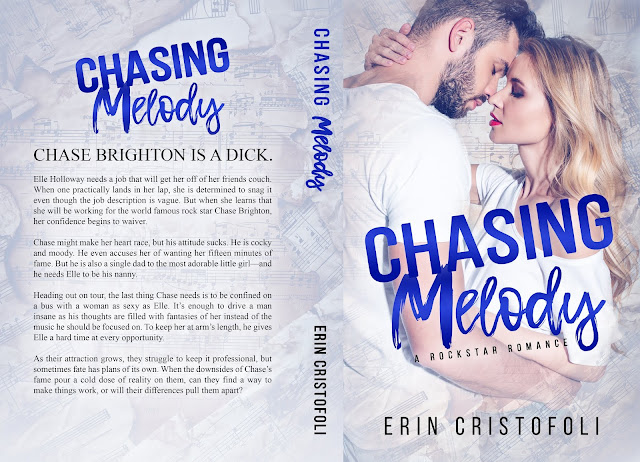