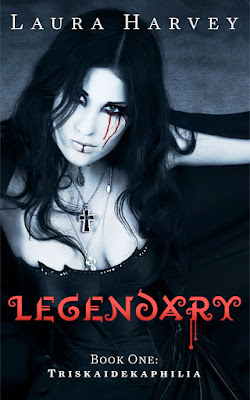 Urban legends. We’ve all heard them, we’ve all told them. They fill the role that fairy tales once held—morality tales meant to frighten us into sticking with the herd, obeying society’s rules, and not taking any chances. In most urban legends, once someone transgresses, we know things won’t end well for them.


But what if the bright spark of romance also common to these stories refuses to be snuffed out? What if it bursts into a love that fights for its chance to burn? Can love triumph over evil? Forgive any trespass? Heal any wound?
Set off into a dark wood with a young love that won’t go quietly into the night. Bait a vengeful ghost to find family, and love. Ride along with a hitchhiker who won’t vanish for long. Learn to love a touch that is not human. Find passion beneath the scars. Dive into five tales that speak to the heart of myth and find love that is nothing short of legend.
Featuring new stories by Sara Dobie Bauer, Wendy Sparrow, T. R. North, Aisling Phillips, and Michael Leonberger.
Webpage: http://www.penandkinkpub.com/home/books/triskaidekaphilia/legendary/
Amazon link: https://www.amazon.com/dp/B01N98ZM1S
Kobo: https://www.kobo.com/ca/en/ebook/legendary-9
Barnes and Nobel: http://www.barnesandnoble.com/w/legendary-wendy-sparrow/1125244493?ean=2940153506647

An Interview with the author, Aisling Phillips:

My story is titled La Vie En Rose and is based on the South African urban legend/childhood myth about a creature known as Pinky Pinky, which is said to appear in public bathrooms to girl who wear pink underwear and allegedly attack them. Not much is really known about the appearance of this creature but in my story he appears as a Shapeshifting pink being who appears to a schoolgirl names Sarah after her South African exchange student classmate conjures him up to teach the school bully a lesson. Though initially afraid of him, Sarah slowly befriends Pinky Pinky as he helps her overcome her childhood aversion to the colour pink, relating to experiences of sexual abuse, and eventually they become lovers.

I picked it because it was a story I didn’t think many readers would be familiar with, and not having much information for it meant I could play around with the story more. I particularly enjoyed changing Pinky Pinky from this terrifying figure to this lonely creature who has developed a conscience over time.

3)      How long did it take you to write the story and what was the hardest part?
The original draft of the story, which was much darker in tone initially, took several days. The draft that appears in Legendary took just under a month with help from Elesha at Pen and Kink Publishing.

4)      What do you do when you’re stuck for story ideas?
Writer’s block is a difficult thing to have to tackle. Sometimes it takes a long train or bus ride to get the creative juices flowing. Other times, ideas just come to me whilst doing some task that doesn’t involve writing, like working at my local hotel, which allows me room to let my imagination wander. Additionally, sometimes just letting a story sit on my laptop for a while before forcing myself to go back to it can get the story moving forwards.

5)      What is your writing routine like?
My new job has me working most mornings a week, so I tend to reserve the afternoons and evenings for writing. Often I’ll have three or four stories on the go at the same time and try to make sure I write at least a paragraph to a page for each of them. Most times I don’t actually plan out a story in its entirety; I do find it’s good to know how you want the story to start and end but mostly I just let the middle of the story write itself.

6)      What’s your favourite writing fuel?
What usually gets me writing is being in bookshops or museums and getting ideas from other books or artwork. (I’d recommend all writers carrying a notebook with them for ideas they might get whilst away from their laptops/tablets.)

7)      What are you working on now?
Several things. I have quite a few historical drama/thriller novels on the go at the moment – one about the Magdalene Laundry in Galway in the 1960s and one set during the Victorian era about a young maid trying to save the family she works for from a pedophilic would-be murderer. I’m also working on a crime novel about a travel writer solving a murder mystery in Edinburgh (in the present day) as well as reworking of fairytales as short horror stories with no happy endings (not recommended for children!)

Aisling Phillips is a graduate of Cardiff Metropolitan University with BA Hons in English and Creative Writing. She has written show reviews for the Worcester News and the Hereford Times and has her own blog (Anxious Girl’s Diary) on https://www.blogger.com/blogger.g?blogID=2870634833221809145#allposts. She is also the editor of the United Parish of Pembroke Dock quarterly magazine Searchlight, which is currently in its fourth year of production. La Vie En Rose is currently the only thing she has published. You can find her on Facebook or Twitter (@SugarPlumAlice).

When the bell eventually rang for first break, I managed to collar Elrose.

“What the hell?” I gasped at her. “The mirror, that thing in the bathroom...”

Her wide eyes immediately softened and her mouth quirked into a smile. “It worked? I didn’t know if it would.”

“You did this? You brought Pinky-Pinky-?”

“Shh!” Elrose yanked me around a corner and only let go when she saw that we were alone. “Was that why you fainted yesterday? What did he do?”

I blinked at her. “Nothing. I just fainted because...well, I’ve got an issue with pink.”

“Oh, I know that,” Elrose shrugged, “but you must have worn it yesterday otherwise he wouldn’t have come for you. But he didn’t hurt you...”

“You looked queasy when I was telling you the story,” she shrugged, before tapping a black fingernail against her cheek. “Did you give them to him?”

“What? No!” She hummed, thoughtfully. I grabbed her arm. “What does that mean?”

Elrose shrugged. “I don’t know. The legends all say he attacks girls who wear pink.” The bell sounded and she tugged free. “Just avoid wearing it again if you don’t want to see him. Unless...you want to see him again...” Her eyes narrowed.

“Of course not.” But my gaze skittered away from her. I hugged my books and slid past her. She didn’t follow.

I avoided the bathroom for most of the day to avoid anymore odd looks from my classmates. Eventually, curiousity drove me back. I was half expecting him to be waiting for me in the mirror, having never left, but the bathroom was empty when I got there. I sighed and leaned against the sink, still uncertain why I was disappointed. Why did I want to see him again?

I looked up, sharply, into those blue eyes, blue like the sky on a warm day or like the sea somewhere tropical. To my surprise, his face had taken on definition. Whilst still that same bright pink, his features were sharper now, not so shapeless, as if someone had started to mould him anew, or add features to him to make him seem more human-like.

“I can’t stay long,” I stammered. “Break’s over in ten and someone might come in.”

His shoulder slumped as he said it and I felt a twinge of guilt in the pit of my stomach.

He didn’t answer; he just moved forwards and was suddenly in front of me, like before. I didn’t know whether to be scared or not. After all, I wasn’t wearing pink. Slowly, seeing I was afraid, he moved closer to me and I began to tremble.