Bestselling and award-winning author Aubrey Wynne is an elementary teacher by trade, champion of children and animals by conscience, and author by night. She resides in the Midwest with her husband, dogs, horses, mule, and barn cats. Obsessions include wine, history, travel, trail riding, and all things Christmas. Her Chicago Christmas series has received the Golden Quill, Aspen Gold, Heart of Excellence, Maggie award, and thrice nominated as a Rone finalist by InD’tale Magazine. Aubrey’s first love is medieval romance but after dipping her toe in the Regency period in 2018 with the Wicked Earls’ Club, she was smitten. This inspired her spin-off series Once Upon a Widow. In 2020, she will launch the Scottish Regency series A MacNaughton Castle Romance with Dragonblade Novels.
Connect: Site | Facebook | Twitter | Goodreads 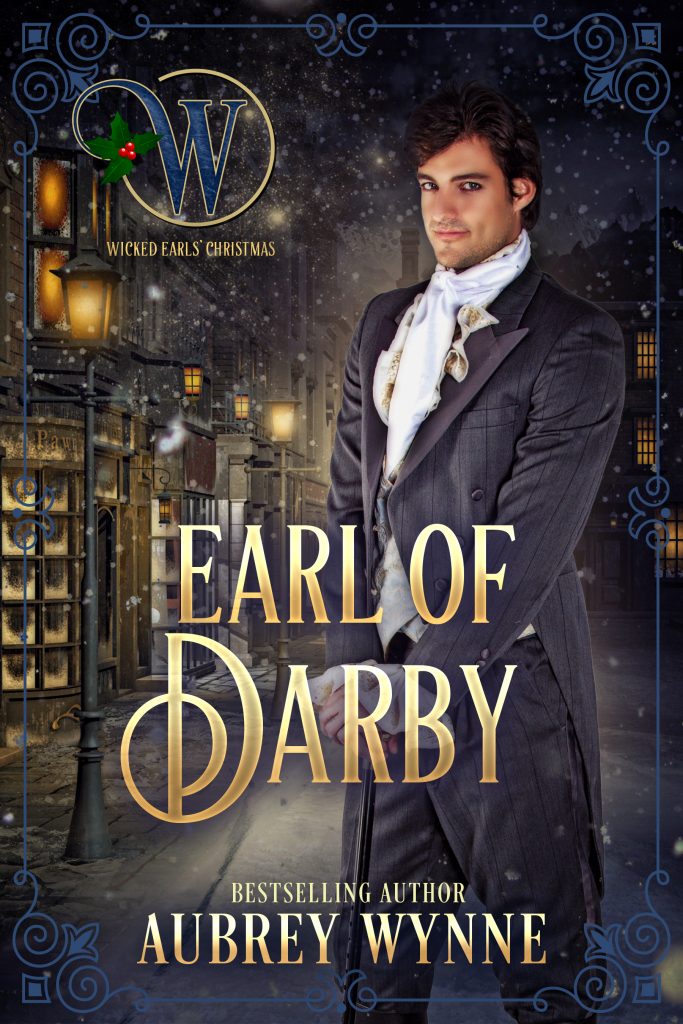 Miss Hannah Pendleton is nursing her pride after her childhood crush falls in love with another. Determined to break a few hearts of her own, she hurls herself into the exciting and hectic schedule of a first season. Hannah finds the glitter and malice of London and its society both intriguing and intimidating. Always clever and direct, the smooth manners and practiced words of the gallant but meticulous bachelors do nothing to stir her soul until…
Since his wife’s suicide on their wedding night, the Earl of Darby has carefully cultivated his rakish reputation. It keeps overprotective mamas at bay and provides him with unlimited clandestine affairs. But when Nicholas sees a lovely newcomer being courted by the devil himself, her innocence and candor revive the chivalry buried deep in his soul. The ice around Nicholas’s heart cracks as he desperately tries to save Hannah and right a hideous wrong committed so long ago.

“It’s just a friendly game of whist. C’mon, Darby, play with us.” The marquess made another unsuccessful attempt to bring Nicholas into the game.
“I beg your pardon, my lord, but I don’t indulge in gaming.” Nicholas, Earl of Darby, shook his head, an easy smile curling his lips. His gaze swept the crowded room. Several men sat to his left near the fireplace, sipping drinks and engaged in conversation. Flanking the right side of the room were tables where various games of whist, faro, and hazard were in progress. “A friendly wager in the books, whether the heir will be born or a ninth daughter, perhaps whether Stanfeld will marry before he’s sixty, is as far as I go.”
“I’m in the books?” Gideon, the Earl of Stanfeld, scowled, his bushy dark brows coming together. “How in tarnation did I get in the books?”
“Once a man inherits an earldom, he becomes much more interesting.” Nicholas laughed and slapped him on the back. “Just an example, my friend. You are not a line in the club’s wagers.” He chuckled. “Yet.”
“I think I already regret putting you up as a member in the Earls’ Club.” Stanfeld tapped the golden W pinned to his friend’s lapel. “Your standing improved, and I don’t see you any closer to the parson’s trap than I am.”
A faded but familiar pain grazed Darby’s heart, and he forced another grin. “I escaped that snare once, if you remember.” He stopped a man in livery passing by. “Bring us a bottle of brandy, would you? We’ll be in the billiard room.” He nodded to Stanfeld and made his escape.
Nicholas made his way down the stairs, his thumb rubbing against the W. Wicked. Yes, he was a wicked earl and planned on keeping that title and this pin for many years. His vices did not hurt anyone nor interfere with his title or family. Stanfeld had recommended him to the elite club. He’d had the requisite qualifications—trusted among his peers and claimed the title of earl and bachelor. The benefits included an exclusive floor of this club, a set of private rooms for each, and almost any vice for the asking. He had utilized the reserved rooms frequently. In fact, this had become a second home ever since the death of his father, a week after Nicholas’s ill-fated marriage.
He had built up his reputation as a rake over the past several years, the gossips helping tremendously after his wife’s death. According to the on-dits, the Earl of Darby had drowned his sorrows in alcohol when his wife had mysteriously died. Some said she had been so frightened of his wedding night demands that she had killed herself. Others spoke in whispers of possible murder, only wanting the poor chit’s money, and knowing that as a peer, he could get away with it. Neither family had ever commented or spoken of the night, much to the dismay of the rattlers who wanted the sordid details. It had taken years to quiet the tongues. But the rumors still kept nosy mothers at arm’s length, worried for their innocent daughters. It kept him off the list of suitable bachelors.