Showing posts from November, 2019
Show all

MY FAKE RAKE - Eva Leigh The Union of the Rakes Avon Books ISBN: Print - 978-0-06-293240-2           Ebook- 978-0-06-293241-9 November 2019 Historical Romance London - 1817 Lady Grace Wyatt has managed to avoid the marriage temptation for years, preferring, instead, to pursue her studies of reptiles and amphibians. She's not entirely opposed to being wed but finding the right man who fits her needs is another thing. Most eligible men looking at an earl's daughter to marry are not interested in science or would approve of Grace's pursuit of such. However, the recent return of a well-known naturalist, and bachelor, to England may open the door for Grace. With her father's sudden illness and her parents' hopes to see her settled, Mason Fredericks could fit the bill. The only problem is, Fredericks thinks of Grace as a fellow scientist, and not an eligible mate! What to do? Perhaps if Grace were seen around London in the company of a known rogue,
2 comments
Read more

- November 30, 2019
Okay, here are the winners of the books that I posted about last weekend. Martha Lawson wins the Vivienne Lorret book . Sherry wins the Sandra Hill book . Winners, please contact me by 12/12/19 at pattifischer@yahoo.com
Post a Comment
Read more 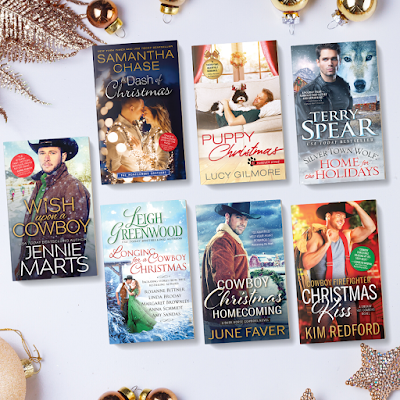 Happy Thanksgiving with a side of a Contest!

- November 28, 2019
via GIPHY Happy Thanksgiving, everyone! We are having a special surprise giveaway! One lucky winner will win a $25 Amazon gift card. All you need to do to be entered is to post what you want for Christmas. Contest winner will be announced Sunday evening (12/1/19) Good luck! ***Contest will end at 9:00 PM EST***
11 comments
Read more

Promo: The Goddess Gets Her Guy by Ashlyn Chase 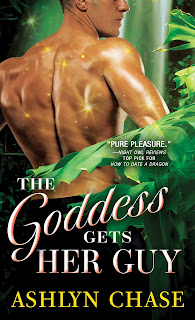 The Goddess Gets Her Guy By Ashlyn Chase Publication Date 11/26/2019 What happens when the goddess meets Mr. Right…but she absolutely can’t tell him who she really is? After leaving his job as a cardiac surgeon, Dr. Aaron Samuels needs a new purpose in his life. Wanting to help his patients even if he can’t operate, he heads to the Puerto Rican rainforest to find a cure for heart disease. He never imagined he’d meet a beautiful, mysterious woman, especially not one talking to a frog in the middle of the jungle… Gaia—a.k.a. Mother Nature—has had it with paranormals breaking her number one rule: Never reveal your supernatural powers to humans, not even your mate. Fed up, she transports to the rainforest, happy to converse with amphibians who don’t talk back. But Dr. Samuels is a much better conversationalist, and Gaia can’t wait to help him mend all those broken hearts he told her about. When her attempts to help only complicate things between them, Gaia begins
Post a Comment
Read more
More posts