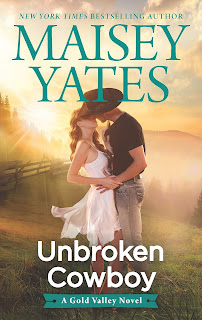 After a bull riding accident, rodeo cowboy Dane Parker returned to Gold Valley to recover, where he has been under the attentive care of his neighbor, Beatrix Leighton. Everyone sees Bea as a quiet little mouse who rescues any animal she comes across, even a raccoon that has the run of her house. But few realize that Dane is not just another rescue for Bea, that she's secretly attracted to him. Dane, for his part, usually ignores her, but after he agrees to help her to process the paperwork needed for her to open an animal rescue, they begin to interact more—and his eyes are opened to the fact that she is a woman. No longer is Bea that annoying kid he remembers.

Bea would love to have Dane notice her, but once that happens, what would she do with his attention? She's a virgin, surely not someone Dane would want. Plus, Bea has lived years with the realization that love is not something to be relied on. Dane also thinks love doesn't last after watching his parents' divorce. Can a couple who are afraid of love have a chance for a future together?

Dane has been feeling like a caged animal for months as his recovery is slow and he has been warned by his doctor that he can't return to bull riding. Since this is all he's ever done, he feels there is no future for him. As Dane grouses about his future, Bea is always hovering around, as if she is “rescuing” him. She might be a pain in the rear, but he has to admit she has been helpful. Okay, he'd never tell her that…

Bea moved out of her parents' home at the tender age of sixteen after discovering that the man she thought was her father…wasn't. Turns out her mother had a “little” indiscretion years ago and Bea is the result. It's like her life has been a lie. Bea turns to animal rescues as a part of her dream to be a veterinary tech; she's currently taking online courses for a degree. Dane has yelled at her and tried to refuse her help, but that doesn't stop Bea from still wanting him. The more they're around each other, the greater the chemistry heats up between them. Will their newfound friendship lead to more after a few heated kisses?

UNBROKEN COWBOY is the latest tale in the  Gold Valley series by Maisey Yates. Bea and Dane have been minor characters in prior books in this series, so readers will be familiar with them. We finally get a chance to see the romance between them played out. Bea is sweet and adorable, while Dane is grumpy at times. Their interactions are adorably funny as they bounce off one another. They seem to be polar opposites, yet deep down they are meant for each other.

Once Bea and Dane get a taste of each other, their passion is insatiable. But will it flame out before they can discover that they are falling for each other? Find out in the refreshingly fun and sensual UNBROKEN COWBOY.

Review for Unbroken Cowboy is posted at Romance Reviews Today.
For more great reviews, check us out at the RRT website!

I am really enjoying Maisey's books, and happy to see there are a lot for me to read.