Promo: In Her Sights by Katie Ruggle 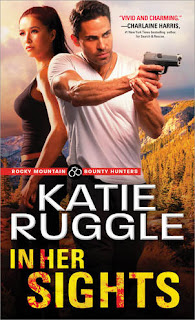 Five bounty-hunting sisters
Deep in the heart of the Rockies
Fighting to save each other
...and the men who steal their hearts

Bounty hunter Molly Pax fought hard for everything she has, turning the bail recovery business she shares with her sisters into an unqualified success. So when their sticky-fingered mother jumps bail and puts the childhood home up as collateral, Molly's horrified. To make matters worse, every two-bit criminal in the Rockies now sees her family's misfortune as their next big break.

Enter rival bounty hunter John Carmondy: six feet of pure trouble, with a cocky grin to match. John's the most cheerfully, annoyingly gorgeous frenemy Molly's ever had the pleasure of defeating...and he may be her only hope of making it out of this mess alive.

What People Are Saying:
"I love Ruggle's characters. They're sharply drawn, and vividly alive. I'm happy when they find each other. These are wonderful escapist books."—CHARLAINE HARRIS, #1 New York Times Bestselling author of the Sookie Stackhouse series
"Sexy and suspenseful, I couldn't turn the pages fast enough."—JULIE ANN WALKER, New York Times and USA Today Bestselling Author for Hold Your Breath
"Chills and thrills and a sexy slow-burning romance from a terrific new voice."—D.D. AYRES, author of the K-9 Rescue Series for Hold Your Breath

In Her Sights (Rocky Mountain Bounty Hunters #1)
Excerpt 1
“Why would someone break into your house?”
“Isn’t that a question for Stuart?” Molly shot back, making the detective frown deeply.
“Why are you refusing to answer?”
“Oh, for God’s sake…” Charlie muttered, drawing Mill’s sharp attention.
“Were you going to add something?” he demanded, and Molly resisted rolling her eyes. Charlie didn’t bother holding back her scorn.
“Why would I bother, when you’ve already made up your mind?” Crossing her arms over her chest, Charlie leaned back against the door frame. Normally, she tended to play up her innocent, girl-next-door look, using her dimples and wide Bambi eyes as a tool to get skips and sources to let down their guards and confide in her. Right now, however, her full lips were drawn into a tight frown, and her eyes were narrowed to slits. Molly knew just looking at her sister that she was pissed.
“Don’t act like you’re the innocent victims.” Mill’s lip was raised in a slight sneer as he gestured at all of them. “When you sleep with dogs and wake up with fleas, don’t blame me when you’re itching.”
Molly blinked, torn between fury and laughter. She tightened her jaw so that neither escaped. Mill must’ve had some self-preservation, because he was moving away from the porch toward the pair by the squad car. “Stay here,” he said, as if it weren’t their house and they hadn’t been the ones to call the police. Molly noticed that both the Villaneaus and Mr. P were on their porches now, peering at the scene with a mixture of disdain and patronizing glee.
As they watched Mill join his partner and Stuart, John muttered something under his breath, the sound so low it came out as a rumbling growl.
Molly raised her eyebrows at him before turning back to the scene by the cop car. “Chill, papa bear,” she said absently, trying to read Mill’s lips as he spoke to Bastien.
At Charlie’s choked laugh and Felicity’s snort, Molly glanced over to see all of her sisters smirking at her. Even Cara looked to be fighting a smile.
“What?” she asked as her face got hot.
“Nothing.” Of course it was Charlie who said it, in a tone that made it obvious that nothing meant the very opposite. “Whatever sex games you like to play are between the two of you. I don’t want to know.”
“Speak for yourself.” Felicity was obviously fighting—and failing—to keep a straight face. “I’m interested.”
“Not me, especially since we should be concentrating on how they’re letting Stuart go.” Cara’s tone went from wryly amused to flat, and Molly turned to see that her sister was right. Stuart was walking away from the squad car—no cuffs or even a ticket in evidence—heading toward a bright-green Jeep parked a half block away. When he saw them watching, he gave a jaunty wave. John swore under his breath, but Molly kept her comments to herself that time.
“Of course he drives a Jeep,” Felicity said with tones of heavy loathing.
“What?” Charlie asked.
“I hate Jeeps.”
“Why?”
“I just do. They’re…gross.”
“That’s weird.”
“It’s logical and right.”
“You’re so strange.”
Molly ignored her sisters’ argument, concentrating on the two detectives as they headed for opposite sides of the squad car. “Is that it?” she called, unable to keep the sharp edge from her voice. “You’re just letting him go after he broke into our home?”
“You really want to drag this out?” Mill yelled back, his words a challenge. “If you do, we can talk about the penalties for making a false statement to police.”
From his spot next to his Jeep, Stuart let out a mocking laugh, and it was Molly’s turn to growl as she charged toward the car. She wasn’t sure if she was planning on tackling Mill or Stuart, and she wasn’t able to find out, since John grabbed her and swung around, putting himself between her and both of her targets.
“Carmondy,” she gritted out between clenched teeth, “move.”
“You won’t win this one, Pax.” His tone was surprisingly gentle, considering she was basically snarling at him. “Sometimes head-on doesn’t work. We need to retreat and come at them from the side.”
“Okay, Sun Tzu.” Despite her mocking words, the initial flash of rage had faded, and she shifted back a half step so she wasn’t right in John’s face. “What’s the battle plan, then?” He gave the slightest wince, and she narrowed her eyes at him. “You don’t have one, do you?”
“Not yet. Genius takes time.”
Even with all the bad things that were happening, that drew a short—but honestly amused—laugh from her. “Fine.” She let out a long breath, expelling the last of her frustrated anger at the cops’ mishandling of the situation. Turning to her sisters, she said, “I’ll text Norah and tell her to come home. Time for another family meeting.” 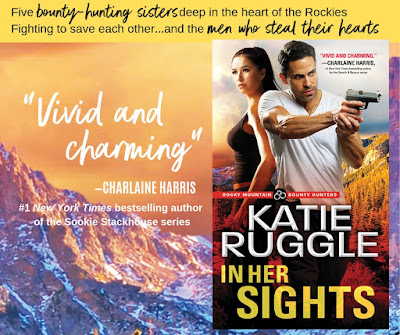