Promo: SUDDENLY MINE by SAMANTHA CHASE 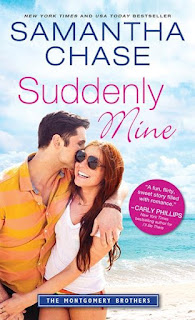 Love is a sanctuary
Christian Montgomery is burnt out—the family business might be his entire world, but his father's judgment means Christian never stops working. His only respite is gazing at the beach and the carefree surfers riding the waves...especially the curvy redhead who's caught his attention.

Sophia Bennington has just fled from her small Kansas town to California, where she's trying her best to embrace her new beginning. Soon Christian and Sophia find one another, and it feels like sanctuary. But when their difficult pasts catch up to them, will they run away from each other?

Praise for Samantha Chase:
"Chase's three-dimensional characters leap off the page..."—Publishers Weekly for Until There Was Us
"A sweet romance: classic, thoughtful, and as lyrical as the stars."—Kirkus Reviews for A Sky Full of Stars
"Chase just gets better and better."—Booklist 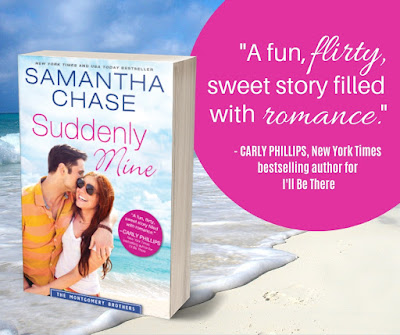