Promo: MUST BE CRAZY by DEBORAH GARLAND 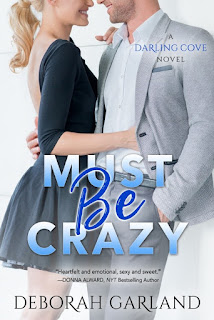 How much can one person take?Skye Mallory's brother and sister have found true love and now her father expects her to be next. Except, she's keeping a secret that will devastate her family.Edward Mendelsohn has been a patient man, secretly desiring a woman he can't have. Running his architecture business, raising his son by himself and volunteering for the fire department has left no room in his life for romance.When a fire wipes out Skye's apartment and business, the woman Edward wants so badly ends up in his arms.As quick as Edward and Skye discover their scorching desire is quite mutual, a bizarre conflict of interest swiftly tears them apart. Can their love survive without everything else going up in flames?Having it all means risking everything... 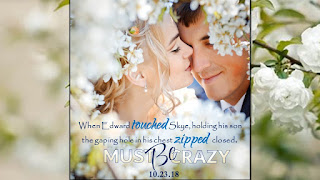 
Edward was fired up and fighting for control at that point, astonished at what Skye had been able to reduce him to. He stayed quiet until they left the theater and held her hand until they got to his Suburban. At times like this, he hated driving a chief truck. It drew attention. He wanted to crush Skye against it, lift her dress, penetrate her, and pray no one was watching.

However, he was grateful for the forced restraint. He didn’t want their first time to be like that. It was clear however, he was weakening in his resolve to take this slow. He needed something tonight. After he opened the passenger door, the way her eyes sparkled at him and her feathering touch teased him, he broke.

Holding her against the inside of the door, his mouth closed over hers. He gripped her hips, unable to resist grinding his hardness into her. Skye lifted her one leg and wrapped it around his waist, letting that curve between her legs lock against his groin. He loved that she was tall. As he released her, his hands glided up and down her back. Even though the theater had been cool, Skye’s back was searing hot. A glaze of sweat seeped through the fabric, making her dress feel damp against his hands.

Their tongues danced inside their mouths, and a blast of heat spread through his body. Her lips tasted of leftover salt from the margaritas and the sweet candy. Each time they kissed, he pushed further and further, testing what she could handle from him. His hands glided down to her backside. Feeling no resistance, he squeezed hard, pulling her in closer. God, he could take her standing up.

Skye’s kisses had a powerful effect on him. Her lips were so soft and wet against his mouth, meeting his tempo, like she knew how he wanted to be kissed. Skye was the perfect combination of strength and submission. She’d let him be the man in bed, and he ached for that. She would not be disappointed.

This was the start of something Edward didn’t expect.

Skye felt delightfully naughty, writhing against a man like this on a second date.

Edward’s kisses were explosive; the way he held her, so tender but with a lingering reminder that he was a man who wanted to be in control. Every swirl of his tongue, every pull back and flick against the outside of her mouth, had her reeling and hot pools of lava were forming low in her belly. Good lord, what was he capable of with that tongue?

His breath was cool and sweet. When he released her ass, and his hips stopped rocking against her core, his hands came up and the pads of his thumbs teased the sides of her breasts. Her nipples were firmly pressed against the thin fabric of her dress and aching in the tight bodice. It was one of the few times she’d gone without a bra and she was glad Edward would see how he made her feel. If his mouth continued to trail lower and lower, he could tug the dress away and fully expose an entire breast. Lick and lavish her to madness. Yes, she wanted that.

Just not here in the parking lot.

“So…” She licked her lips, wondering what he had planned next.

“Is it inappropriate to ask you to come home with me?” Edward buried his head in her shoulder, his warm lips soaking her skin.

“I would expect a man to ask.” Skye’s mind went hazy when his lips touched hers again.

“Or beg?” he breathed against the corner of her mouth.

She couldn’t recall a man ever begging her for anything. One date—well two—and she had Edward Mendelsohn begging. What did she want?

By how damp her thong was, she knew what she wanted physically. Was it too soon? She’d made Miles wait because he was famous. His interest held. She’d been far from a groupie. Miles had respected her boundaries and had not taken off when she did finally let him in her bed. But she’d always made him wear a condom. She wasn’t stupid.

Edward could not be more different than Miles. She didn’t have to put artificial barriers in place to test him. “Skye?” He ran a finger along her cheek.

“Let’s go back to your house,” she whispered and pulled him in for one last sumptuous kiss meant to erase any rational thoughts from both their minds.

When couples over thought things and tried to control everything, the magic was left to die. Skye trusted Edward and would give him anything he wanted tonight. Her body, and maybe even her soul. 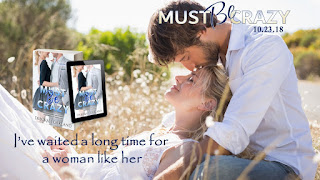 Deborah Garland is a versatile author of women's fiction, contemporary and paranormal romances. Her books are about love and the struggles of complicated relationships. The heroines are strong and witty and the heroes fall hard for them.

She lives on the North Shore of Long Island with her husband and two pugs, Zoe and Harley. They like to vacation up and down the East Coast, but her favorite place is on a bar stool on a Friday night with a Grey Goose cosmopolitan, listening to her husband tell her the same stories over and over.