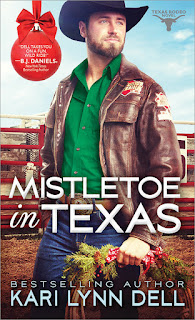 He's always been the black sheep: the troublemaker.
But this Christmas, the prodigal cowboy returns.

Rodeo bullfighter Hank Brookman was headed straight for the top. But after a single misstep resulted in a devastating injury, he disappeared under a mountain of regrets. Now he’s back, ready to face the loved ones he left behind—starting with the one girl his heart could never forget.

When Hank stormed out of Texas, he left Grace McKenna picking up the pieces…and struggling with a secret that changed everything. He may be back looking for redemption, but after everything they’ve been through, how can she admit what he really walked away from all those years ago?

Hank always knew persuading Grace to trust him again would be a tall order. Convincing her they deserve a happily ever after? That may take a Texas-sized Christmas miracle.


As he slid the plate into the microwave, he could see her laughing at him. But he wasn’t gonna waste good pot roast. 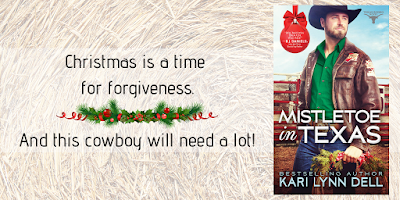 Great review this sounds very good, and a new Author for me, thanks
Penney