Promo: THROUGH THE FIRE by KATIE RUGGLE 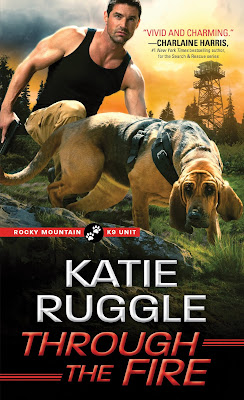 He’s tall.
He’s dark.
He’s brutally handsome…
And he may be her only hope.

Kit Jernigan despairs of ever fitting in with her new tight-knit K9 unit—they've been through too much to welcome a stranger. So when a killer strikes, it’s a fight to convince her fellow officers to trust her long enough to catch the woman she knows is responsible.

She can’t do it on her own. What she needs most is a partner: local fire spotter Wesley March.

Wes knows in his heart that Kit is right, and he's willing to leave his lonely tower to help her prove it. But the more time they spend together, the hotter the fire smolders…and the more danger they're in. A member of the K9 unit's inner circle is determined to have her revenge—no matter who gets burned in the process.

This time, it's personal. 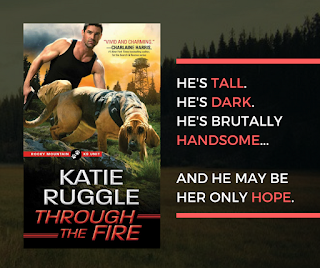 About Katie Ruggle
A graduate of the Police Academy, Katie received her ice-rescue certification and can attest that the reservoirs in the Colorado mountains really are that cold. A fan of anything that makes her feel like a bad-ass, she has trained in Krav Maga, boxing and gymnastics, has lived in an off-grid, solar- and wind-powered house in the Rocky Mountains, rides horses, trains dogs, cross-country skis and travels to warm places to scuba dive. In addition to her romantic suspense books, she also writes spicier romances under the pen name Katie Allen.