Christina Hovland lives her own version of a fairy tale—an artisan chocolatier by day and romance writer by night. Born in Colorado, Christina received a degree in journalism from Colorado State University. Before opening her chocolate company, Christina’s career spanned from the television newsroom to managing an award-winning public relations firm. She’s a recovering overachiever and perfectionist with a love of cupcakes and dinner she doesn’t have to cook herself. A 2017 Golden Heart® finalist, she lives in Colorado with her first-boyfriend-turned-husband, four children, and the sweetest dog around.
Connect: Site | Facebook | Twitter | Goodreads 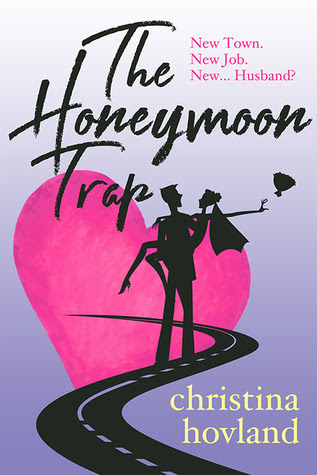 How to Survive Your Next Relationship Disaster 101

Step 1: Get pumped. Your new house, in your new town, comes with a sexy and shirtless man next door. Score!
Step 2: Don’t let your freak-out show when Mr. OMG Shirtless turns around—and it’s your old crush.
Step 3: Hold your head high when you run into him again on the first day of your new job—literally—and spill coffee all over yourself.
Step 4: Stay calm when he introduces himself as your new boss…and then announces that your first assignment is to go on a fake honeymoon together.
Step 5: Keep your $h*t locked tight when the new boss/old crush and you are forced to sleep in the same room…with one bed.
Step 6: Try to ignore just how freaking hot he is, and how much you want to touch him…

Confluence was the next step in her fledgling career in broadcast journalism. The minute she stepped into her first journalism class, a spark had lit inside her. She was born to expose the truth. She never stayed in one market too long, and she loved that part of the business. Always moving. Always able to pick up and move onto the next opportunity.

“You’ll never guess who I saw.” Heck, she couldn’t even believe she’d seen William again after all of these years.

“William. The guy from Florida.”

“Get. Ouuut.” Katie’s words were filled with disbelief. “Did he remember you?”

“Nope.” And why would he? The last time she saw William, she’d been a gawky, overweight seventeen-year-old with horrible acne, braces, and thick eyebrows. He’d known Lulu Campbell, intern on the Beach Nights reality show.

Eight years had been plenty of time for her to transform into a swan. She now sported clear skin, straight teeth, and two well-groomed brows.

“Did he grow warts all over and turn into a toad?”

“Not even a little bit of a toad.”

The same golden eagle eyes and crumpled L.L. Bean charm had melted her like an ice cream cone dropped on a hot sidewalk. Rich brown hair trimmed short but long enough to have a smidge fall to his forehead. He was tall, at least six foot, likely more. Two delicious dimples popped when he smiled, and crinkles fanned from the sides of his eyes. Those hadn’t been there all those years ago when she’d crushed on him in Florida.
In her summer internship with that film company, she pretty much did all the jobs that no one else wanted to do and ran errands for the cast and crew. Which, at the time, included William.

He disappeared one day, and she never saw him again…until today. What the heck was he doing in a small town like Confluence, anyway? “It’s good he didn’t remember. I can’t be known as Lulu.”
No. Now she was Lucy. She had worked hard to shed her former self. She wouldn’t go back to the girl she had been.

“There is nothing wrong with Lulu. I liked her. I still do.” Katie’s voice went soft. “He wasn’t very nice to you.”

“He just didn’t know I existed.” There was a difference. “If he’s going to be in Confluence, I’ll avoid him.” She didn’t need a reminder of the person she used to be. The person everyone made fun of.

“Or maybe he’ll get the plague or something awful. I can hope,” Katie replied cheerfully.

Gravel crackled against the car’s undercarriage when Lucy turned into the drive. “I’m here. Oh my God, Katie. What have you done?”

“Just give the place a chance.” The line went dead.

A dilapidated sign, white with yellowed edging, announced the neighborhood as Camelot. The o and t were slightly crooked so at first glance it simply read Camel. Instead of a neighborhood, Camelot Estates was series of squat, one-story buildings that had likely been an extended-stay motel, last remodeled in 1963.

No, no, no. Lucy parked the car and climbed out, squinting into the setting sun.

Perhaps being dependent on her parents wasn’t such a bad idea after all? If she’d known this was all she could afford then she might’ve reconsidered handling her living arrangements on her own.

But…no. She could handle this.