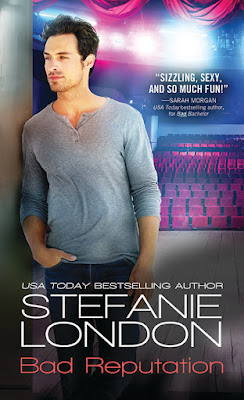 It’s true, Wes is well-endowed.
But everything else is a huge misunderstanding…

Wes Evans, son of Broadway royalty, just wants to achieve something without riding his family’s coattails. Too bad the whole world is talking about his sex life after the notorious Bad Bachelors app dubs him “The Anaconda”. But when he sees a talented ballet dancer, he knows she is exactly what he needs to make his show a success.

Remi Drysdale only had one thought when she fled Australia for New York—never mix business with pleasure again. Ever. Working with Wes is the perfect chance to reclaim her career. Remi promises herself not to tangle with the guy who holds her career in his hands…no matter how enticing his reviews are on the Bad Bachelors app.


“Other way around.” Darkness flickered across her face, casting a shadow over her rich brown eyes. “Ballet decided I wasn’t right for it.” 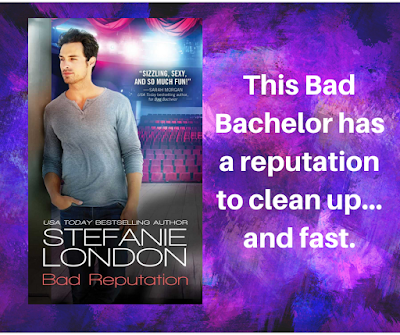 Stefanie London is the USA Today bestselling author of contemporary romance and romantic comedy. Originally from Melbourne, Australia, Stefanie now lives in Toronto, Canada with her husband. She loves to read, collect lipsticks, watch zombie movies and drink coffee. Her bestselling book, Pretend It's Love, was a 2016 Romantic Book of the Year finalist with the Romance Writers of Australia. You can visit her at www.stefanie-london.com
at August 06, 2018