Book Giveaway: SET THE NIGHT ON FIRE by LAURA TRENTHAM 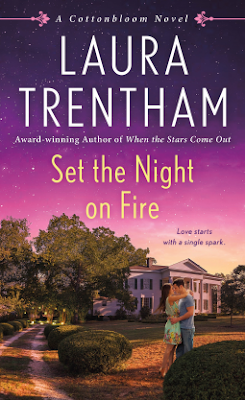 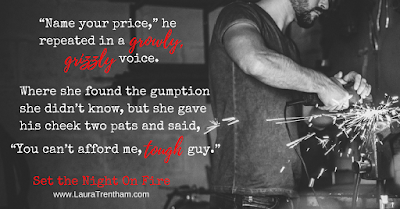 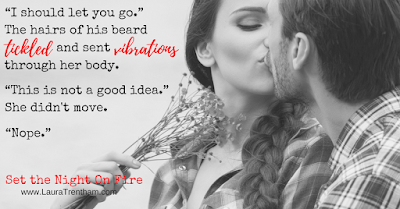 I have a print copy of SET THE NIGHT ON FIRE and I will give this copy to one winner (USA mailing addresses only).
Post a comment to be entered.
at August 18, 2018

I love her books and this one sounds awesome! Thanks for the giveaway!

I haven't read this author yet, but I've heard good things about the Cottonbloom series. Thanks for the giveaway.

I have not read her but sounds like a lot of good banter will go on and I too love the enemies to lovers theme.

Thanks for the chance to win. Sounds good.
Natty's Mama (Karen T.)

I am going to like this one, love the sexual tension trope.