Embrace ruination and become engrossed as the scandal unfolds in each story by 6 USA TODAY Bestselling authors. 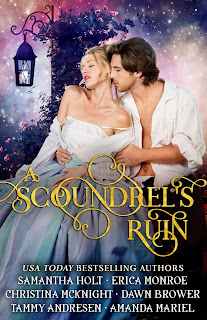 Dance With Me At Midnight by Samantha Holt
Charles always knew he’d be married within months of inheriting his title. He’s fully prepared to wed a woman he’s never met by summer. Until he meets her that is.  Eloise is nothing like the poised, elegant and controlled woman he thought she’d be. Beautiful, yes, even with a damned parrot sitting on her shoulder, but hardly marchioness material. Even if he does find himself a little intrigued by her.

Stealing the Rogue's Heart by Erica Monroe
When underworld princess Mina Mason falls for her childhood best friend, Charlie Thatcher, their passion starts a rival gang war that threatens to inflame London. With darkness and danger at every turn, these two star-crossed lovers risk it all for love.

For The Love of a Widow by Christina McKnight
After years spent following her husband as he fought against Napoleon’s troops, Lady Lettie Hughes returns to London as a widow to take her place in Polite Society as the daughter of an earl. When nightmares of the battlefield plague her, she’ll find a second chance at love with the man she lost six years before.

Stolen by My Knave by Dawn Brower
Jackerson Carwyn, the Duke of Whitewood hasn’t led the charmed life some believe, and in fact, grew up in the worst parts of London. Lady Elizabeth Kendall grew up on whimsical tales told by her mother. They are an unlikely match, and yet, sometimes its hard to dismiss the ties of the heart.

Taming a Savage Gentleman by Tammy Andresen
Baroness Segrave needs a husband for society’s sake but she’d prefer he have no opinion at all. Which is why the Earl of Loudoun seems the ideal choice. With no fortune and a drinking habit, he should allow her to keep running her estate while living off the allowance she’d provide. But Loudoun proves to be both drunk and foolish. Suddenly a husband who is strong, capable, and appreciative of her gifts gains merit in her eyes. A man like Tom Maddox.

Scandalous Wallflower by Amanda Mariel
Jane and Caleb are brought together through an unwanted circumstance and discover something neither one believed they'd ever have, but can they let go of old hurts and beliefs long enough to embrace the gift fate bestowed upon them? 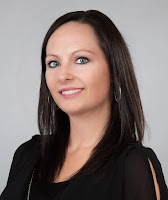