Promo: THE START OF SOMETHING GOOD by JENNIFER PROBST 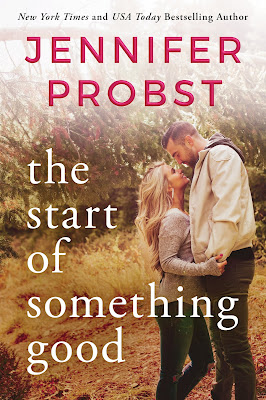 Meet Mia Thrush from Jennifer Probst's The Start of Something Good

Greetings! My name is Mia and I’m the head of Strategy Solutions PR and my current client is the prospective mayor of New York. I adore everything about New York City and I have a passion for designer shoes and clothes.

I decided to go into public relations after my father was ruined in his political career by untruths. If he just had the right PR representative, I think the election would have turned out differently. I’m extremely selective about my clients, and dedicate myself to helping them reach their potential without being smeared by social media. My work is my passion and I dedicate my all.

But my newest assignment... Sigh.

My client’s daughter has been mandated to community service this summer at an upstate B&B and horse rescue farm. Of course, she needs supervision, and I’ve been selected to be her full-time babysitter so my client doesn’t lose the election. I’m terrified I’m going to be bored out of my mind and trapped in country hell.

But it's not all bad. The food is outstanding—fresh, local produce and tempting desserts that I must avoid at all costs in order to get into my new Gucci dress. The Robin’s Nest B&B is also quite charming, and Ophelia is a lovely hostess. Surprisingly, I’m beginning to enjoy the townspeople too. Especially Ethan, aka Horse Man.

At first I thought he was rude and mean and his personality sucked. I didn’t even care if he was a bit hot with that scruffy beard and piercing baby blues and a drool worthy muscled body. But, eventually, I realized there was so much more beneath the surface. He’s a man of honor and integrity. He’s kind. He takes care of what belongs to him, and you can trust him completely. To be honest, I’ve never met a man like him before…

The Start of Something Good Excerpt

After more driving through uniformed country roads and passing the same hills and cows, Mia spotted a crooked sign that read Goosey Drive.

That sounded right! Yes, that was the funny-sounding name. She was on the right path.

Puffing up with pride over her memory skills, she followed the road, noticing a single unpaved lane winding toward the left. It was heavily wooded but definitely a road. As she got closer, she saw a tiny sign that said Inn Horse Trail.

Yes. The inn was part of a rescue farm, so this must be it.

The Kia bumped along potholes, mud, and scattered brush blocking the lane. Her temper grew as she drove. How was a guest able to find this place? Why on earth wasn’t it paved and well marked? Had she been dropped into one of those horrid Wrong Turn movies to find herself being chased by deformed country bumpkins?

Finally, the car jerked to a halt at the end of the path. She stared openmouthed at the tiny bungalow in front of her.

This was the place she was staying at?

Horror unfolded. It wasn’t even Victorian. It had no sprawling front porch that served tea and cookies. It was just a basic mud-brown house with standard-issue windows, a basic concrete stoop, and a plain-beige door. No cheery potted geraniums or herbal gardens or quirky antiques like she’d imagined a B & B to have. Instead, there was a bunch of chickens roaming around, squawking and pecking at the unpaved ground. No real parking lot. Just a battered black truck parked in front. Was she the only guest?

And if so, now she knew why.

She was going to have a panic attack.

Clutching the door handle in a merciless grip, she dragged in deep breaths and tried to calm herself. Maybe the inside was amazing. Maybe it was a lesson so she’d learn the motto “Don’t be fooled by the surface, because great things lie beneath.” Or in this case, inside.

She grit her teeth and got out of the car, giving the chickens a wary glance. Her Prada shoes were open toed. Could chickens draw blood if they pecked at her toes? She stilled, watching them carefully, but they didn’t seem interested in a stranger, so she began to walk toward the house. Her heels sank into the mud, aggravating her even more. Why wasn’t anyone here to take her luggage or greet her?

“Hello?” she called out. “Anyone around?”

The answer was not what she expected.

From behind the dirty, red coop thing, a massive chicken monster appeared in response to her call. She froze, mouth opening in horror, staring at the thing that seemed like a scary crossover of animal-genetic madness.

He had a giant head covered in crazy white feathers, sticking out from every angle like in one of those memes on her Facebook newsfeed. Beady eyes focused on her with sheer fowl suspicion. Fat, red jowls hung down beside his massive beak. His body was a mottled, inky black that ended with tremendous clawed feet.

A pissed-off sound emitted from the creature’s beak, and he began lurching forward in a drunken walk of doom. She backed up, hands out, terrified she would die of a chicken attack in the backwoods, where no one would find her.

“Stay away from me!” she warned. “I mean it. I’ll make you the main course of my Thanksgiving, you freak!”

The thing clucked harder, beginning to flap his wings in crazed motions, his long, curly clawed toes moving faster toward her, beak open, ready for the kill.

“Hei Hei!” The masculine voice snapped through the air in command. The chicken monster stopped midcharge, cranking its feathery head toward the house. “Leave her alone.”

The chicken let out a murderous shriek.

“Wanna be left out this winter so your feathers freeze? I mean it, Hei Hei, I won’t save you like Harper. Go back and finish your lunch.”

Feathers shook. With one last glance at her that promised retribution, the chicken monster disappeared back behind the house. The man who saved her propped his hands on his hips and didn’t budge. “Sorry, he’s a bit temperamental. Can I help you?”

The long howl of a dog made her jump back. What now? Was this place a zoo? A black Lab came racing out with one intention: to take her down. She squared her shoulders, stood her ground, and prayed he or she was friendly.

He or she was. The dog bounded around her without jumping up, seeming thrilled to have some company. She reached down and pet the dog. At least one animal made sense out here. She’d always loved dogs. Not cats. Not chickens. Not horses or squirrels or chipmunks or snakes. Just dogs.

The man whistled. “Wheezy, come here. She’s had enough of the animal-crew welcome.” The dog obeyed, trotting back to his or her master and settling down near his feet. “Let’s try this again. Can I help you?”

Her words seemed to drift away. She stared at him in total fascination, her mind short circuiting the endless possibilities of this man. She’d just met a hot Grizzly Adams. 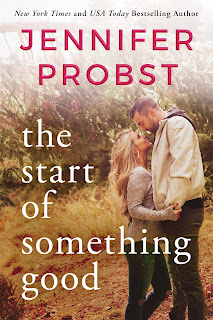 When Ethan Bishop returns to the Hudson Valley, his body and spirit are a little worse for wear. As a former Special Forces paratrooper, he saw his fair share of conflict, and he came home with wounds, inside and out. At his sisters’ B & B and farm, he can keep all his pain at a safe distance. But quiet time isn’t easy when a fiery woman explodes into his life…It’s business—not pleasure—that brings Manhattan PR agent Mia Thrush reluctantly to the farm. Tightly wound and quick tempered, Mia clashes immediately with the brooding Ethan. Everything about him is irritating—from his lean muscles and piercing blue eyes to his scent of sweat and musk.But as the summer unfolds and temperatures rise, Ethan and Mia discover how much they have in common: their guarded histories, an uncontrollable desire, and a passion for the future that could heal two broken hearts. But will their pasts threaten their fragile chance at a brand-new future? 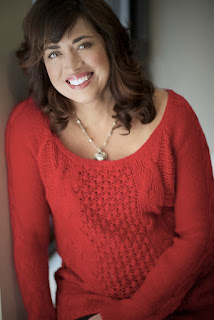 Jennifer Probst is the New York Times bestselling author of The Billionaire Builders series, The Searching for . . . series, The Marriage series, and The Steele Brothers series, among others. The Start of Something Good is the first book in her new Stay series. Like some of her characters, Probst, along with her husband and two sons, calls New York’s Hudson Valley home. There, she enjoys reading, watching “shameful reality television,” and visiting an animal shelter, when she isn’t traveling to meet readers. Follow her at www.jenniferprobst.com, on Facebook at www.facebook.com/jenniferprobst.authorpage, or on Twitter at https://twitter.com/jenniferprobst.