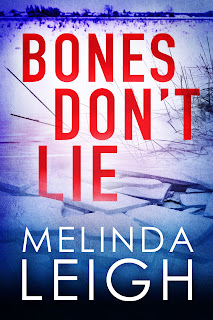 What Would These Romantic Suspense Heroines Do With Lisa Renee Jones, Melinda Leigh, and Elisabeth Naughton

This month bestselling authors Lisa Renee Jones, Elisabeth Naughton, and Melinda Leigh are each releasing thrilling romantic suspense novels. But while they write in the same genre, you can expect very different stories.

Lisa kicks off her new Lilah Love series with a bang in Murder Notes. When copycat murders plague her hometown, FBI profiler Lilah Love is sent to investigate. But she returns to find hidden secrets from her past aren’t staying hidden and the danger swirling around her is just beginning.

Elisabeth continues her RITA award Deadly Secrets series with Protected. Fashion designer Kelsey McClane rolls her eyes when her overprotective brothers saddle her with a bodyguard while she is on a press tour, however, she’s more than thankful to have former Army Ranger Hunter O’Donnell on her side when a deadly explosion hits too close to home.

Morgan Dane is back in Melinda Leigh’s unforgettable new story Bone’s Don’t Lie. In this outing Morgan stands by her man as Lance attempts to unearth the secrets of his father’s decades old murder. Morgan quickly realizes that just because the case is cold, doesn’t mean the original killer isn’t out for more blood.

Interested in learning more about these books? Continue reading as the Lisa, Elisabeth, and Melinda play a not-always-nice game of “What Would Your Heroine Do?” that will give you an inside look at their characters and enter the giveaway to win copies of the authors’ full series. 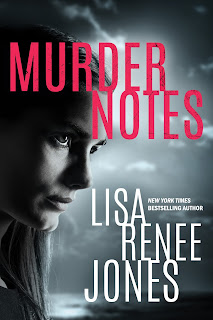 What would your heroine do if she feels like someone is following her, yet she can’t prove it?

Lisa: Well funnily enough in the first book of my Lilah Love series, Murder Notes, Lilah is being followed, but she can prove it as her stalker is quite blatant and goading with their practices. However, if Lilah couldn’t prove it, she would probably cuss a blue streak, as she’s prone to do, and make herself bait in order to lure her stalker out. She’s definitely not afraid of any danger, she is an FBI agent after all, and she loves nothing more than to best someone at their own game.

Elisabeth: This actually happens in Protected! I don’t want to give too much away, but Kelsey would definitely turn to someone she trusts for help. In this case...Hunter O’Donnell...the hero of Protected.

Melinda: The first thing Morgan would do is determine if she was actually being followed. She'd make some turns then see if the car was still behind her. If it was, she would never drive home and lead a potential stalker to her family. Instead, she’d head somewhere public and call PI Lance Kruger. Together, they’d try to trap whoever was following her.

What would your heroine do if the man in her life was injured and in the hospital?

Elisabeth: Freak out. LOL Actually I think her reaction is dependent on how and when he was injured and whether she thinks she’s somehow responsible.

Lisa: Lilah’s man, Kane, is forbidden fruit. He brings out her dark side. He’s on the wrong side of the law. He helped her do something very bad and she wants to blame him, but really blames herself. She can’t really be with him but she loves him. If he were hurt, she’d try to play it cool. She would put on a strong face at first, but she would go to Kane and the minute he catches her showing that she cares, he’d point it out. He’d make her admit it. She’d, in turn, deny her feelings and tell him in no uncertain terms that he’s screwed with her schedule and he better not f-ing do it again. She’d tell him she hates him for making her worry but that means she loves him, and he knows it, too. She’d try to go after his enemy, and Kane, would go after her.

Melinda: Since, Lance frequently gets himself into trouble, Morgan has some experience with this. She is protective and loyal and always wants to be by his side. 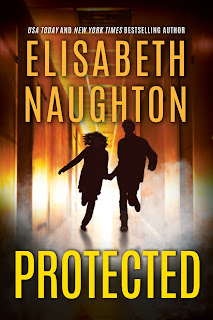 What would your heroine do if she receives an anonymous text accusing her of committing a heinous crime?

Elisabeth: Kelsey would be shocked first. Then become angry and want to track down the sender of the text.

Melinda: Having been stalked in the past, Morgan takes threats seriously. She would want to find out who sent her this text. She would try to trace the phone number, enlisting the help of experienced investigator Lincoln Sharp or computer whiz Jenny Kruger if necessary. In the meantime, she’d be extra vigilant — and so would Lance.

Lisa: In the opening Duet that launches the Lilah Love Series, Lilah isn’t getting text messages, but rather notes, left for her. They are very “I Know What You Did Last Summer” since she really did something bad. She isn’t one to be played with though, so Lilah goes on the attack, seeking out her note writer.

What would your heroine do if she wins a surprise trip to a faraway tropical island?

Melinda: Single mom Morgan has not had a vacation in ages. She'd talk her sister into babysitting her three kids and pack her bags! Or… could she save the trip as a potential future honeymoon?

Lisa: I don’t think I can picture Lilah on a vacation, she’s such a workaholic! But as far as her response to winning it, she’d probably say she has far too many dead bodies to deal with and then handoff the winnings to someone else.

Elisabeth: Kelsey is skeptical of everything so I’m pretty sure she’d assume the surprise trip was a scam.

What would your heroine do if she has the choice to confront someone threatening her?

Elisabeth: The answer to this really depends on whether this confrontation happens at the before Protected or after. Kelsey’s journey through the book is really one of empowerment. At the start of Protected I don’t see her being confrontational with someone threatening her, but by the end she really comes into her own. She’s never going to be a kick-ass heroine like some of my other heroines, but she can definitely take care of herself.

Melinda: Morgan comes from a law enforcement family. Her father and grandfather, both former cops, taught her to defend herself when she was young. She would rather not get into a physical altercation unless it was absolutely unavoidable. She prefers to talk her way out of trouble. That said, she carries a gun and knows how to use it.

Lisa: Lilah does this on a daily, if not hourly basis. She sometimes even provokes the threat, so her response would be colorful, as are all of her responses, with a hint of condescending humor and her own threat in return.

Before topping multiple bestseller lists—including those of the New York Times, USA Today, and the Wall Street Journal—Elisabeth Naughton taught middle school science. A voracious reader, she soon discovered she had a knack for creating stories with a chemistry of their own. The spark turned into a flame, and Naughton now writes full-time. Her books have been nominated for some of the industry’s most prestigious awards, such as the RITA and Golden Heart Awards from Romance Writers of America, the Australian Romance Readers Award, and the Golden Leaf Award. When not dreaming up new stories, Naughton can be found spending time with her husband and three children in their western Oregon home. Protected is the third book in her Deadly Secrets series, following Gone and Repressed, which was a 2017 RITA winner in romantic suspense. Learn more about Elisabeth at www.ElisabethNaughton.com.

Lisa Renee Jones is the New York Times and USA Today bestselling author of the highly acclaimed Inside Out series; the Dirty Money series; the White Lies duet; the Tall, Dark, and Deadly series; and The Secret Life of Amy Benson series. Murder Notes is the first book in the Lilah Love series. Visit her at www.lisareneejones.com.

Wall Street Journal bestselling author Melinda Leigh is a fully recovered banker. A lifelong lover of books, she started writing as a way to pre­serve her sanity when her youngest child entered first grade. During the next few years, she joined Romance Writers of America, learned a few things about writing a novel, and decided the process was way more fun than analyzing financial statements. Melinda’s debut novel, She Can Run, was nominated for Best First Novel by the International Thriller Writers. She’s also garnered Golden Leaf and Silver Falchion awards, along with nominations for a RITA and three Daphne du Maurier Awards. Her other novels include She Can Tell, She Can Scream, She Can Hide, She Can Kill, Midnight Exposure, Midnight Sacrifice, Midnight Betrayal, Midnight Obsession, Hour of Need, Minutes to Kill, Seconds to Live, Say You’re Sorry, and Her Last Goodbye. She holds a second-degree black belt in Kenpo karate; teaches women’s self-defense; and lives in a messy house with her husband, two teenagers, a couple of dogs, and two rescue cats. You can learn more about the author at http://melindaleigh.com.