Promo: HOOKED ON A PHOENIX by ASHLYN CHASE 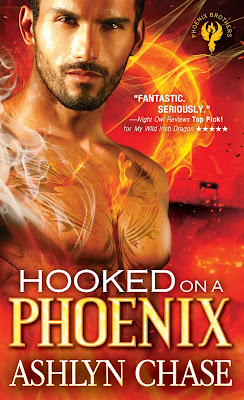 LOCKED IN A BANK VAULT TOGETHER
THEY MIGHT REDEFINE THE MEANING OF ‘SAFE’ SEX
Misty Carlisle works as a bank teller in Boston’s financial district. She’s had more rotten luck in her life than most, except when her childhood crush shows up to cash his paycheck. Then her heart races and her mouth goes dry.

Gabe Fierro is a firefighter—and a phoenix. Like his brothers, his biggest challenge is finding a woman open-minded enough to accept a shapeshifter into her life. When his boyhood friend asks him to watch over his little sister Misty, he reluctantly agrees. But when the bank where she works gets held up, Gabe does everything he can to protect her. The two of them end up locked in the bank’s vault…where things get steamier than either of them ever imagined. 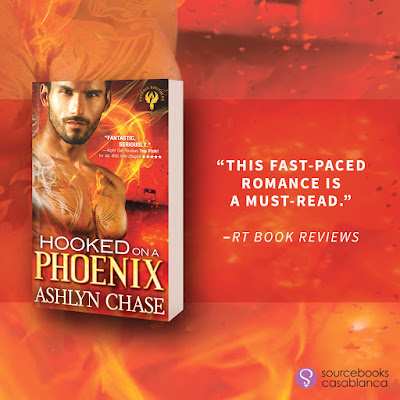