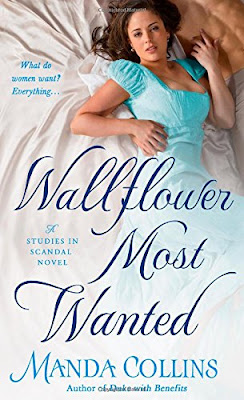 THE PICTURE OF ROMANCE
A dedicated painter, Miss Sophia Hastings is far more concerned with finding the right slant of light than in finding Mr. Right. But when an overheard conversation hints at danger for another local artist, Sophia is determined to get involved. Even if it means accepting help from an impossibly good-looking vicar who insists on joining her investigation―and threatens to capture her heart…
Reverend Lord Benedick Lisle knows that Sophia is no damsel in distress. But he won’t allow her to venture into peril alone, either. . .especially since he finds Sophia’s curious, free-spirited nature so alluring. But protecting her from harm is becoming more difficult than the vicar could have expected as

Little Seaford, England during the Regency

Miss Sophia Hastings of Beauchamp House is innocently painting along the chalk cliff above the seashore. As she sweeps her brush across the canvas, she is startled by a male voice in the woods behind her and loses her footing, tumbling down towards the beach. Luckily, to Sophia's shock, Lord Benedick Lisle, the local vicar, happens to be on the shoreline and rushes to her aid. While he assesses her injury, the two overhear a discussion above them that sounds ominous and threatening to someone unnamed. The vicar carries Sophia up to Beauchamp House where she is greeted by her chaperone, Lady Serena, and Serena's sister-in-law, the Duchess of Maitland. Sophia's ankle is swelling rapidly, and the doctor is sent for.

Beauchamp House is home to a group of fascinating young women, four of whom are selected by the late owner to inherit the estate. All the women are talented in different ways, artistry, mathematics, and other gifts. But Sophia and her sister Gemma have been tasked by their aunt to keep an eye on one of the newest locals, Peter Morgan, who seems to have political aspirations. Now Sophia must also find who the mysterious men on the cliff are targeting. Luckily, she has the assistance of the terribly handsome vicar.

WALLFLOWER MOST WANTED is a combination of romance and mystery. While Sophia has never really planned on falling in love with any man, it's very difficult to ignore the vicar. Benedick may be a man of the cloth, but he is hardly immune to the lovely heiress, even though her independent nature sometimes tries his patience. He doesn't, however, want her to go off on her own to find the answer to the mysterious cliff-side discussion.

Manda Collins can make her characters come to life and her tales are always interesting and creative. WALLFLOWER MOST WANTED is part of the Studies in Scandal series and it's a page turner. Don't miss this fun story.

Miss Collins is a new to me author! This books really good, I love a good romance with a mystery thrown in. Thanks for the chance to win.

This sounds like a really fun book!
Thanks glut the chance!