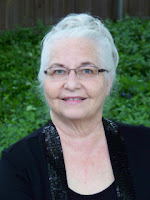 Most novels have one main heroine, while The Sometimes Sisters has three. How did you get to know Tawny, Harper, and Dana?

Those three sister all appeared in my mind at the same time. They each had a story to tell but they all seemed to remember the summer that Harpr was sixteen as being the time when they lost touch.

How are these characters alike? What makes them different?

They are different in age and the way they were brought up. Dana had a mother who loved her but a father who rejected her. Although it was the same man, Tawny and Harper's father seemed to care about them but their mother had few if any maternal instincts. They were alike in that they shared the same last name and had the same grandmother, who loved them equally.

Did you base their characters off of any real life people?

I never thought of it, but maybe so. If I did, then I was Dana, because I'm the oldest child of a man who rejected me, and went on to have other children by other women. I've accepted it like Dana did, and did my best to be a good parent to my children.

A lot of the time when we think 'sisters' in a book, we imagine a great bond and connection. However, these three have...let's say a problematic past. How do they act around each other?

Prickly at first. They were only together a short time each summer and Dana was a teenager when Harper and Tawny were still little girls. So they arrived with baggage and secrets they weren't willing to share.

While they may not always like each other, they do love each other and they are incredibly protective of one another. Can you give some examples of times they bond in the book?

They form the first bond when Zed threatens to quit working at the resort if they don't straighten up. They have to stop fussing and arguing around him or lose him, and none of them want that. Another time is when the doctor comes to the café to remind Zed that he has missed his checkups. They have to stand together to get him to go. A few other times come to mind, but they would involve really big spoilers. Let's just say that when a sister needed support, she usually got it from the other two.

The setting plays a big part in the story. What can you tell us about Frankston and the surrounding area?

That area is close to a Lake Palestine. Frankston is the nearest town of any size to the resort and that's where the sisters go for shopping. All in all, it's pretty much small town living, where folks are friendly and know one another. And of course, everyone has known Annie and Zed forever. They both grew up right out in the middle of the lake-before they dammed up the Neuches River in 1962 and flooded their old home sites.

Each of your heroines has been hurt by love before, yet when they return to their grandmother's estate they are able to look past previous hurt and find love again. What was it like giving these women their happily-ever-afters?

Actually, when I started writing, it was only Harper who was destined to get over the horrible guilt in her past and find a HEA, but these other two guys came along, with their hats in their hands, telling me that they'd seen Dana and Tawny, and asked me to introduce them. I did, and that seemed to create instances that drew the sisters even closer together. After all, what's more fun than getting out a gallon of ice cream and talking about men problems?

Was it difficult creating heroes to match your heroines' big personalities?

Not so much. Like I said earlier, the guys were so anxious to meet these ladies, that it fell together. Not that the whole bunch of them didn't have to jump some hurdles. Life does not mean that you sit down on a blanket under a shade tree, and everything perfect falls in your lap. No, ma'am. Anything, including love, that's worth having and keeping requires work.

What can readers expect next from you?

For the next few months the lineup looks like this: In May, Cowboy Bold debuts the Longhorn Canyon series. Then in July, a women's fiction book, Small Town Rumors will be on the shelves. September will see the publication of Cowboy Honor, the second book in the Longhorn Canyon Series. The first of 2019, we'll see the final book in the cowboy series, Cowboy Brave and another women's fiction, The Magnolia Inn. So keep your reading glasses right handy. There's more on the way! 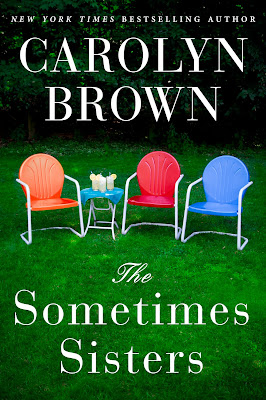 When they were growing up, Dana, Harper, and Tawny thought of themselves as “sometimes sisters.” They connected only during the summer month they’d all spend at their grandmother’s rustic lakeside resort in north Texas. But secrets started building, and ten years have passed since they’ve all been together—in fact, they’ve rarely spoken, and it broke their grandmother’s heart.Now she’s gone, leaving Annie’s Place to her granddaughters—twelve cabins, a small house, a café, a convenience store, and a lot of family memories. It’s where Dana, Harper, and Tawny once shared so many good times. They’ve returned, sharing only hidden regrets, a guarded mistrust, and haunting guilt. But now, in this healing summer place, the secrets that once drove them apart could bring them back together—especially when they discover that their grandmother may have been hiding something, too…To overcome the past and find future happiness, these “sometimes sisters” have one more chance to realize they are always family.

Carolyn Brown is a New York Times, USA Today, and Wall Street Journal bestselling author and a RITA finalist. Her books include romantic women’s fiction, historical romance, contemporary romance, cowboy romance, and country music mass-market paperbacks. She and her husband live in the small town of Davis, Oklahoma, where everyone knows what everyone else is doing—and reads the local newspaper on Wednesdays to see who got caught. They have three grown children and enough grandchildren to keep them young. When she’s not writing, Carolyn likes to sit in her gorgeous backyard with her two cats, Chester Fat Boy and Boots Randolph Terminator Outlaw, and watch them protect their territory from all kinds of wicked varmints like crickets, locusts, and spiders. Visit her online at www.carolynbrownbooks.com.