Showing posts from 2018
Show all

Promo: THE ONE YOU FIGHT FOR by RONI LOREN 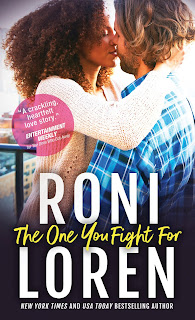 How hard would you fight for the one you love? Taryn Landry was there that awful night fourteen years ago when Long Acre changed from the name of a town to the title of a national tragedy. Everyone knows she lost her younger sister. No one knows it was her fault. Since then, psychology professor Taryn has dedicated her life’s work to preventing something like that from ever happening again. Falling in love was never part of the plan…  Shaw Miller has spent more than a decade dealing with the fallout of his brother’s horrific actions. After losing everything—his chance at Olympic gold, his family, almost his sanity—he’s changed his name, his look, and he’s finally starting a new life. As long as he keeps a low profile and his identity secret, everything will be okay, right?  When the world and everyone you know defines you by one catastrophic tragedy… How do you find your happy ending? Amazon: https://amzn.to/2QGNetj B&N: http://bit.ly/2QIpuFv iBooks: https://
Post a Comment
Read more

Monday night I will be hosting a New Year's Eve chat at Romance Reviews Today.  Here is the link to the chat room:  http://www.chatzy.com/2841940474056 1 No registration is needed. It is just a free for all chat where we talk about books, food, and pretty much everything else. Oh, and we will ring in the NEW YEAR on the East coast.  Chat begins at 10:00 PM EST and will run to approximately 12:30 AM EST. Come one. Come all!
Post a Comment
Read more

Book Giveaway: A DUKE CHANGES EVERYTHING by Christy Carlyle

- December 29, 2018
A DUKE CHANGES EVERYTHING – Christy Carlyle  The Duke's Den  , Book 1  Avon Books  ISBN: 978-0-06-285395-0  December 2018  Historical Romance  London and the Enderley Estate near Barrowmere Village, 1844  Nicholas Lyon's father, the Duke of Tremayne, hated him. In fact, he refused to acknowledge him as his son, putting it out that the boy is his wife's by-blow. When Nicholas was a youngster, he and his mother escaped the castle and his father's extreme cruelty, moved to France for a while before moving back to England. His mother is now long dead. Nicholas, called Lyon, struggled to stay alive and flourish in London, but has now gained wealth and a good living as owner of a luxurious gentleman's gambling club named after him. Nick recently heard the good news of his father's death. Unfortunately, that news is soon followed by the death of the duke's heir, Nick's not-so-nice brother. Now Nick is the new duke. He plans to travel to the estate and get it re
4 comments
Read more 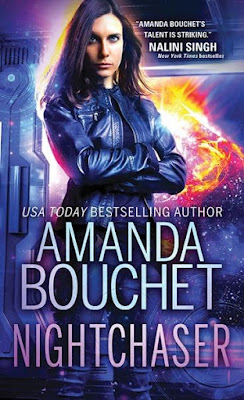 Nightchaser By Amanda Bouchet Publication Date: 1/1/19 "Amanda Bouchet blasts off with a series that's full of heart, humor, romance, and action."— JENNIFER ESTEP ,  New York Times  and  USA Today  bestselling author of  Kill the Queen Tess Bailey: the galaxy's Most Wanted. Captain Tess Bailey is in deep trouble. She and her crew are on the run, pursued by a tyrant who'll take them dead or alive. Tess's best hope is a tall, dark, and much-too-appealing stranger, Shade Ganavan, who says he can help her. But his motivations are far from clear... Shade Ganavan: arrogance, charm...and that special something that makes you want to kick him. With the dreaded Dark Watch closing in, what Tess and Shade don't know about each other might get them killed...unless they can set aside their differences and learn to trust each other before it's too late. Purchase links: Amazon:  bit.ly /amazonnightchaser B&N:  bit.ly /bnnightchas
Post a Comment
Read more

Promo: LOVE IS NEVER PAST TENSE by JANNA YESHANOVA 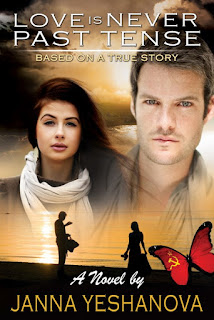 1.      Tell us about your newest release. Love Is Never Past Tense was just released as an audiobook. It is part of a romance, part —a narrative of immigration to America, and it’s hard to pin it down to a single genre. It pushes the boundaries of women’s fiction (some parts are based on actual events), literary fiction and contemporary romance.  Some might even classify the novel as a historical romance — actual recent history fills the book. Love Is Never Past Tense is now seeking a new audience in the form of an audio book. I searched for years for the right narrator and finally found her. Daniela Acitelli captured the voice I was hearing in my head as I wrote the book.  And here is a sample: http://bit.ly/2Ah0ESX 2.      Can you tell us a little about your favorite scene in the story? Yes, sure. This is the scene when the adventure started. I’ve included it below as an excerpt. I love it because it shows how two people are connecting. Excerpt fro
Post a Comment
Read more
More posts