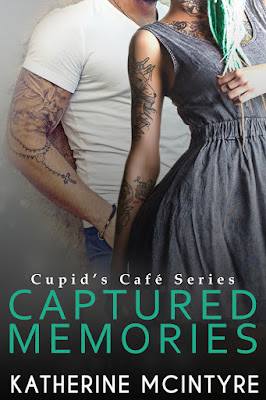 I'm most active on Facebook, whether it be my page (http://www.facebook.com/kmcin tyreauthor) or my group (https://www.facebook.com/grou ps/1816179461992109/). I let my readers know about new releases, sales, and freebies with my newsletter (http://eepurl.com/cbxS9r), and my Amazon (https://www.amazon.com/Kather ine-McIntyre/e/B00J8U4VNU) and Goodreads (https://www.goodreads.com/aut hor/show/6473654.Katherine_McI ntyre) pages have the current list of my works!
You can also find me at:
Twitter: http://www.twitter.com/pixiera nts
Pinterest: http://www.pinterest.com
Instagram: http://www.instagram.com/autho rkmcintyre
at October 13, 2017