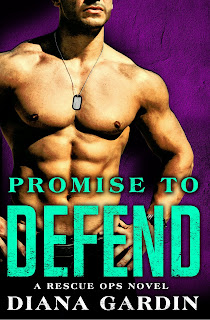 I'm broken. I have been for seven years. Ever since my wife was murdered while I was deployed overseas. I was protecting our country, but I should have been protecting her. I haven't looked at another woman since--but then Olive Alexander crossed my path. She stirs up feelings I thought were long dead. So when her house is ransacked after she receives a threatening message, I know I have to step in and keep her safe. I failed my wife, but I won't fail Olive. Unfortunately, Olive isn't exactly ready to accept my help...

With her sexy-as-sin pencil skirts and sleek ponytails, Olive clearly doesn't let anything--or anyone--mess up her perfectly ordered life. But years spent working as a special ops soldier has taught me how to read people... and I know Olive is hiding something. When my covert mission for Night Eagle Security collides with Olive's past, I'll have to get her to open up--or risk losing her. And losing Olive is not an option. If she's in danger, I'll defend her...even if it costs me my life.

About the Author
Diana Gardin is a wife of one and a mom of two. Writing is her second full time job to that, and she loves it! Diana writes contemporary romance in the Young Adult and New Adult categories. She's also a former Elementary school teacher. She loves steak, sugar cookies, and Coke and hates working out. 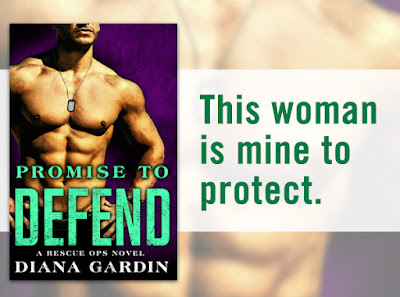 Giveaway
Enter to win 1 of 15 free ebook downloads of Promise to Defend!