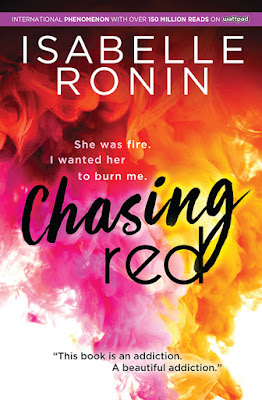 THEY SAID SHE WAS GOING TO BE MY RUIN...
THEN LET HER RUIN ME.

He had everything—wealth, adoration, a brilliant future. Until one chance encounter changed everything.
The moment Caleb Lockhart spotted the mysterious woman in her siren red dress, he couldn’t tear his eyes away.
For the first time in his life, he wanted something. Something he knew he could never have.
The unforgettable stranger he dubs RED.

Millions of Wattpad readers love Caleb and Red’s epic story:
“I love this book to the core.”
“I was so addicted… So in love that I couldn’t stop reading.”
“The characters are just so real and possess such pure, raw emotions and passion.”
“This book took me through an emotional roller coaster! I love everything about it!”

Sourcebooks is giving away a print copy of CHASING RED to one lucky winner. Post a comment and you'll be entered.
This contest is open to  U.S. and Canadian mailing addresses. 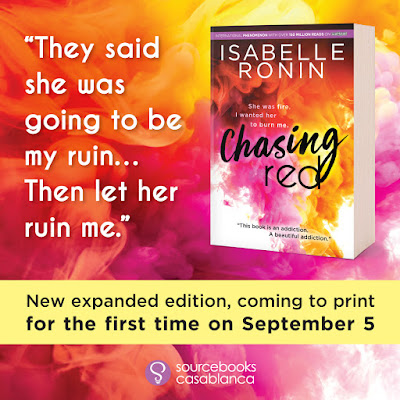 I've been seeing this around, but this is the first blurb I've read. It sounds really great! thanks for the chance to win it.

I've heard a lot of buzz about Chasing Red--thanks for the chance!

Sounds good. Thank you for the great giveaway.

Good excerpt, and a very eye-catching cover! Thanks for sharing!