Promo: ALL I WANT FOR HALLOWEEN by MARIE HARTE 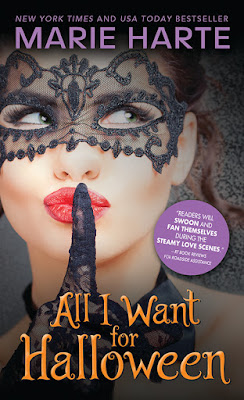 TONIGHT, SHE PLANS TO LET GO.
Dressed up and anonymous, Sadie Liberato feels powerful, sexy and free. Where better to lose herself than a masked party?

Gear Blackstone’s cheating ex and scheming best friend have managed to spin his life into a serious downward spiral. At least with a mask on he can cut loose for one night. And cut loose he does—with the sexiest, snarkiest chick he’s ever met.

After a scorching-hot encounter, Sadie and Gear are desperate to find each other in real life. But can the heat last when the masks come off?

Caffeine addict, boy referee, and romance aficionado, MARIE HARTE is a confessed bibliophile and devotee of action movies. Whether hiking in Central Oregon, biking around town, or hanging at the local tea shop, she’s constantly plotting to give everyone a happily ever after. Visit www.marieharte.com and fall in love. 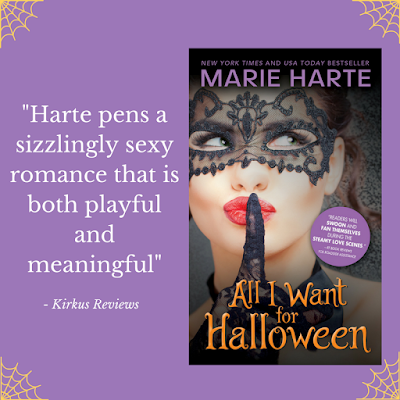