Vanity in Dust is a dark fantasy about a city ruled by vicious hierarchy and swelling with secrets and plots.

From the carnivorous pixies in the shadows to the wolves in the streets, Vaun thought he knew all the dangers of his city. But when whispers of treason bring down the fury of the Queen, he'll have to race to save the lives and souls of those he loves.

2.     What was one of the most surprising things you learned in creating your story?

You can’t answer too many questions about your world. Yeah, there might be a lot of stuff you never use in the story, but it doesn’t hurt to know it.

3.     Do you have any interesting or quirks or rituals?

I had to do a mental run down of my behavior to answer this! I do have a “business tie” that I put on when I’m having trouble focusing in order to “get down to business”. It works, I swear.

4.     What authors or friends influenced you in helping you become a writer?

I’ve been fortunate to have a lot of supportive friends and family. No one’s ever told me to get a real career or stop writing make believe. My husband has, of course, been one of the greatest influences on my writing and always encouraged me. And Linn, the artist that did my cover, is actually one of my beta readers. She reads everything I write and gives me some brutally honest feedback that I couldn’t do without.

5.     What does your family think about your career as a published author?

My family is incredibly happy for me! Most of them haven’t read the book yet, we’ll see what happens when they get to the sex or violence but I have no doubt they’ll still be happy for me. Being a published author has always been my dream and they’ve always supported it.

6.     Besides writing, what other interests do you have?

Reading, of course. I also watch a lot of movies and shows. I love going to the theater or out to cafes and restaurants.

I’ve sent the second book of the Crowns and Ash series, Detox in Letters, in to my editor. Fingers crossed that she doesn’t throw it back at me and demand a rewrite! I’m also reading through book three at the moment.

8.     How can readers connect with you online? 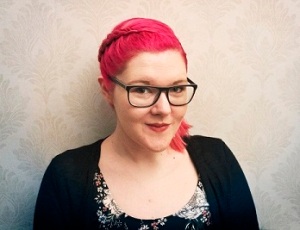 CHERYL LOW might be an Evil Queen, sipping tea and peeping on everyone from high up in her posh tower—a job she got only after being fired from her gig as Wicked Witch for eating half the gingerbread house.

…Or she might be a relatively mundane human with a love for all things sugary and soap opera slaps.

Find out by following her on social media @cherylwlow or check her webpage, cheryllow.com. The answer might surprise you! But it probably won’t. 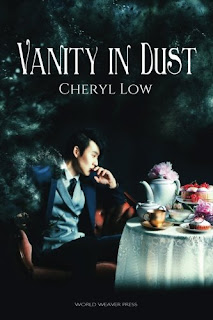 In the Realm there are whispers. Whispers that the city used to be a different place. That before the Queen ruled there was a sky beyond the clouds and a world beyond their streets. Vaun Dray Fen never knew that world. Born a prince without a purpose in a Realm ruled by lavish indulgence, unrelenting greed, and vicious hierarchy, he never knew a time before the Queen’s dust drugged the city. From the tea to the pastries, everything is poisoned to distract and dull the senses. And yet, after more than a century, his own magic is beginning to wake. The beautiful veneer of the Realm is cracking. Those who would defy the Queen turn their eyes to Vaun, and the dust saturating the Realm. From the carnivorous pixies in the shadows to the wolves in the streets, Vaun thought he knew all the dangers of his city. But when whispers of treason bring down the fury of the Queen, he'll have to race to save the lives and souls of those he loves. “A deliciously decadent debut that will make you reconsider the world within which we live – because how different are we than Low’s drugged-up citizens of the upper crust?” -- Sara Dobie Bauer, author of the Bite Somebody series


“Vaun took another deep drag off the cigarette one of his new friends, Gabby, had offered him. She and the man sitting beside her pretended quite comically to be from the High. The prince did not ruin the show by telling them that he knew everyone in the High, to some degree. The quality of their vanity charms indicated they were not, not to mention the state of their clothing. Being rude was only fashionable if one’s victim was up to the challenge and could strike back. Besides, Vaun never discouraged people who tried so hard to amuse him.

The prince exhaled black smoke. It was thick and dramatic, but his skin didn’t hum the way it usually did after a deep breath of dust. In fact, the tingle was more of an agitation, making him shift in his seat and flick his cigarette more angrily than usual. Ash fluttered through the air. How much tea did he have to drink for a decent buzz? He all but dropped his cup back on its chipped saucer in disgust. “I shouldn’t have come,” he muttered.

“You’re leaving?” Gabby’s smile faltered. Her fingers clenched around her teacup. She wore fingerless, black lace gloves like his sister did on occasion and Vaun noticed that her skirts and bodice were also in dark colors with hints of lace sewn in wherever possible, some obviously added as an afterthought and not even matching the lace elsewhere. It would have been easier to try to imitate the High fashion of Belholn but Gabby had aimed even higher, for the princess herself.

“Yes. I’m sure I have a date somewhere.” Some part of him enjoyed the distress of the people around him at the possibility of his departure. It made him want to leave even more.

“Wait!” Gabby grabbed at the man beside her, whose name Vaun had forgotten a while ago, and tugged at the sleeve of his obviously repaired jacket. “Show him,” she whispered urgently.

Vaun took another draw of his disappointing cigarette. The best part about going to a teahouse or club in the thick of the Main was how the people tried so desperately to impress him. The people in the High knew him too well to try so hard. They feared his mockery even more than they desired his attention. But this group had spent the better part of the last hour trying to wow him with their trinkets and knowledge of the High. It was all nonsense read from the paper and mostly outdated. “I truly doubt you have anything to show me that I have not seen.”

The man reached into his jacket a little uncomfortably and took out a small mason jar. Others giggled, recognizing it, but Vaun only blinked at first. Its glass belly was full but not with anything liquid or solid. Light, captured and pulsing, swirled inside the jar. Vaun felt it as much as he saw it. He heard it like a whisper against his senses and found himself leaning forward to see it more clearly: a soul. Vaun had seen them before, but they weren’t common. So uncommon, in fact, that he was surprised they hadn’t led with this in their attempt to impress him. He supposed they might have been afraid he’d take it. Soul capturing was an old craft that most considered barbaric now.

His gaze turned up from the jar to the man holding it. “Who is it?” The soul was a beautiful captive, but the person walking around without it was the real prize—the puppet, someone that could be made to do anything.