Promo: A DANCE WITH SEDUCTION by ALYSSA ALEXANDER

Despite being a native Michigander, Alyssa Alexander is pretty certain she belongs somewhere sunny. And tropical. Where drinks are served with little paper umbrellas. But until she moves to those white sandy beaches, she survives the cold Michigan winters by penning romance novels that always include a bit of adventure. She lives with her own set of heroes, aka an ever-patient husband who doesn’t mind using a laundry basket for a closet, and a small boy who wears a knight in a shining armor costume for such tasks as scrubbing potatoes. 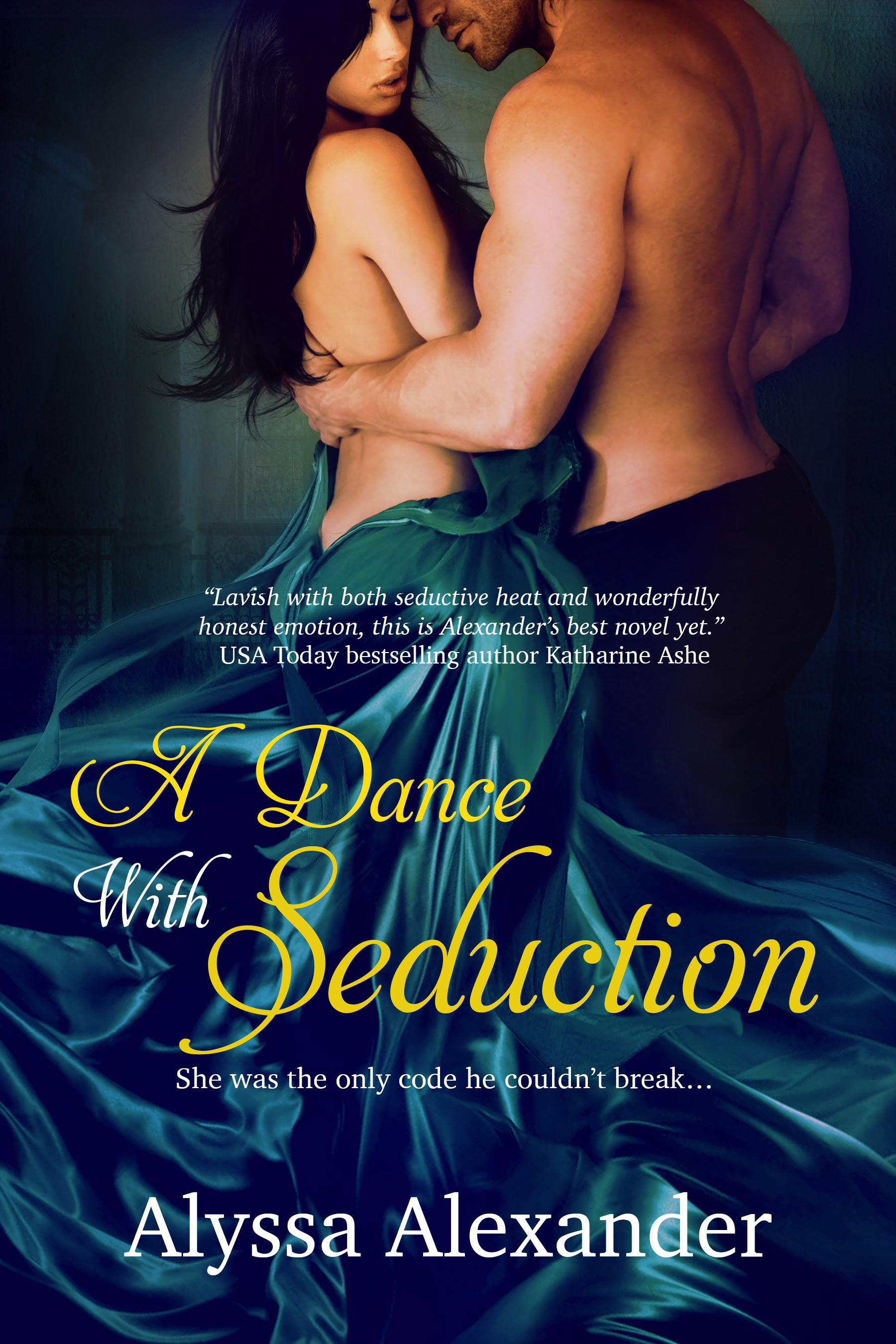 She was the only code he couldn't break...

Vivienne Le Fleur is one of London’s most sought after opera dancer and one of England’s best weapons: the spy known as the Flower. When a French agent pressures her to change allegiance by abducting her sister, Vivienne is forced to seek the help of the only man in London who doesn’t want her.

Maximilian Westwood, retired code breaker, doesn't like surprises or mysteries and The Flower is both. When she sneaks into his study in the middle of the night with a coded message, he’s ready to push her out whatever window she arrived through. Except Maximilian is unable to turn away a woman in trouble. Determined to rescue Vivienne’s sister, they engage in a game of cat and mouse with French spies that requires all of Vivienne’s training and Maximilian’s abilities. Bound together by secrecy, they discover there is more between them than politics and hidden codes, but love has no place among the secrets of espionage...

Vivienne looked up and into the cold rain. A drop fell into her lashes and clung there. Blinking it away, she stared through the gray morning light at Maximilian’s front door.

Not intending to arrive here, she had done so nonetheless. A moment later she was huddled in the small threshold between Maximilian’s front door and the steps. She was afraid to step inside, and just as afraid to leave. Yet there was nowhere else she could go.

She leaned against the door, let the solid weight of it press against her back. The thought of meeting Maximilian’s eyes again was terrifying. What would she say? He had turned away from her because she had not given him the truth.

Her chest ached. Tears clogged her lungs, pressed against her heart. She needed to move. To hide or run, but she could not. Her ribs ached. They were not broken, she thought, but they were bruised. She tasted blood on her lip and knew it was swollen. Every part of her was abused and sore.

She slid to the ground on Maximilian’s front step, set her forehead on her knees—her last uninjured body parts—and let the sobs take her.

The door to the town house opened. Thank the fates she was sitting now and not leaning against that solid door. She would have fallen onto the front rug. She was humiliated enough without that.

But she still had to look up at Maximilian with her tearstained face.

His scowl was ferocious, and very, very dear.

“God’s teeth, you are loud when you cry. It’s also past breakfast, I’m hungry, and it’s raining.” He reached out his hand to help her stand. Strong, dependable fingers, there for the taking. “Come in, Flower. You look like hell.”


Her heart filled nearly to bursting, expanding and expanding until, suddenly, there was nothing inside her but love for him. Terrifying, frightening love.