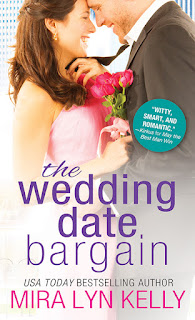 When Sarah Cole has two months to kill before her big move to New York, she decides it's time to take care of a few things―like the inconvenient issue of her virginity. Sarah knows the right guy for the job too: Max, the notorious lady's man she's been crushing on since college.

Two weeks of courting, and then the deed will be done. The plan is so simple. There's no way either of them would do something as silly as fall in love... 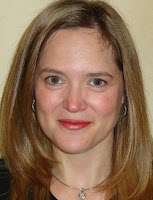 USA Today bestselling author Mira Lyn Kelly grew up in the Chicago area and earned her degree in fine arts from Loyola University. She met the love of her life while studying abroad in Rome, Italy, only to discover he’d been living right around the corner from her. They live in rural Minnesota. 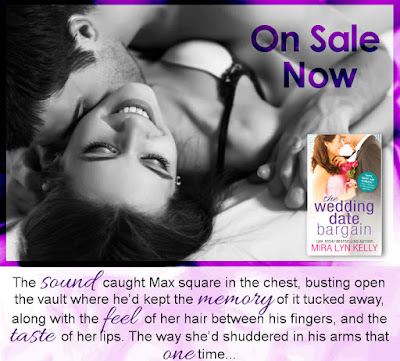 Oh no, he could see it. She was tensing up.

All that warm, gooey heat was beginning to cool.

But if she let this stop, would she ever have the courage to try again?

Max was the one man she trusted above all others. Her attraction to him was off the charts—even if that attraction was currently overshadowed by anxiety and more than a pinch of guilt.

She needed to do this.

He said her name again, a question in his eyes.

Straightening her shoulders, she aimed for confidence she wasn’t feeling. “Sorry, I just realized I didn’t send an email I meant to get out.”

Max didn’t move a muscle, but even in the low light of the suite, she could see the shock in his eyes. “Email.”

Oops! Okay, that was definitely the wrong thing to say. Scrambling to regain her traction on the moment, she stepped out of the puddle of silk and lace, praying her knees would hold her, and walked over to where the living area opened into the bedroom with a half wall.

“I know, workaholic,” she offered with a self-deprecating laugh. “Mystery solved as to why no boyfriend, right?”

Max’s jaw bounced once, twice, as he stared at her. “Sarah, are you nervous?”

Through three beats of her heart, she thought she might tell him. But if she did, he would stop and she couldn’t take that. So shaking her head, she tossed another lie onto the pile.

“I…um… Sometimes when I have too much time to think, even in moments like this, my mind wanders to work, is all.” She swallowed and added an honest truth. “But I want to be with you.”

The hardness left his face, and he closed the distance between them. “So be with me.”

He kissed her again, this kiss falling somewhere between the last two. Not a taste. Not devouring. But a measured, concentrated seduction of her mouth that left her mindless.

“Yes,” she answered breathlessly. And when she pushed to her toes, reaching for him, he met her halfway, giving her everything she was asking for. More.

She moaned, opening wider to take his tongue, meeting it with her own. His hand found the back of her thigh and slid over the bare skin until he’d cupped her hip and pulled her into exactly the kind of contact she was begging for.

He was big. Thick. Hard.

She knew that was generally considered a good thing, but didn’t want to speculate on what it would mean for her tonight.

Eyes on the prize.

Pushing her fingers into his short hair, she ignored the voice in the back of her head, whispering that he was going to know. That whatever ember of affection had remained between them over the years would die the second he realized she was using him.

His arms tightened around her, and then she was whirling, her toes off the ground as Max carried her to the bed. Laying her back, he crawled on top of her. It was exactly where she wanted him to be. Only that delicious heat in her belly was gone, replaced by a guilty void.

Maybe this was a mistake.

“Sarah?” he asked, looking up from the neighborhood of her navel. She hadn’t even noticed.
Arching her back, she let out a little moan and whispered, “So good.”

Those thick, dark brows crashed together.

“No. I swear.” It was the truth, but it didn’t matter. Because he knew something was up. “I don’t really like that.” She nodded toward her panties where she could only guess he’d been headed.

“You don’t?” he asked slowly, something in the way he was looking at her making her squirm.

“Come back up here.” Reaching for his head, she tried to urge him back.

She swallowed at the edge she heard in his question.

She nodded. Scrambled for something to say that would get them back on track. Something she’d read?
“I want you, Max. Inside me.” And that might have sounded a little more convincing if her voice hadn’t
cracked. “Hard and fast. That’s how I like it.”

As terrifying as that prospect actually sounded, it was her best chance of Max not figuring out she’d lied to him.

He nodded, his jaw softening.

Relief flooded through her.

Max dropped a kiss on her stomach, light and small, and then crawled up her body. His tuxedo pants were still buttoned, but his shirt hung open, showing off all those bands and layers of solid-packed muscle. He was beautiful. A work of art. The most handsome man she’d ever seen, and it was taking everything she had not to cringe away as he stopped above her. Slowly he lowered his head, turning so the next kiss he dropped was at her earlobe.

Then, quietly, he said, “Sarah, I really wanna be wrong about this, but I’m about ninety-five percent sure you don’t know what you like.”

Her breath froze in her lungs, her muscles involuntarily locking where they were.

Max retreated just far enough so he could meet her eyes. With a harsh breath, his head dropped.

“How the hell are you still a virgin?” 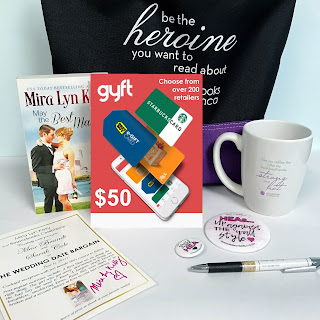 Giveaway
One grand prize winner will receive a Mira Lyn Kelly prize pack containing everything you see here, including a $50 GYFT Card to the company of your choice! Another ten winners will each receive a copy of the first book in her series, May the Best Man Win!