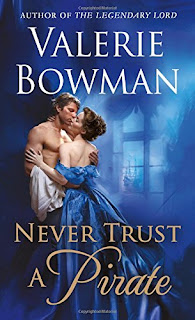 Cade Cavendish considers himself the black sheep of his family. Although he and his twin brother grew up in modest means, brother Rafe has made a name for himself and is now a Viscount. Cade has been gone for many years, and his brother and sister-in-law had thought him dead, but now he’s back, staying with his family, and with a plan in place to revenge a past event that led to the death of a friend and injury to Rafe. Cavalier in his attitude towards women, Cade is stopped in his tracks when he meets the beautiful and very outspoken French maid hired by his sister-in-law. There is something much more to her than any maid he’s known before.

Danielle LaCrosse was an heiress before a nefarious killer murdered her French father. Danielle works for the English now, and, as a trained spy, is now employed by the Viscount Cavendish household where she is to keep an eye on the viscount’s brother. In the back of her mind, Danielle just sees the seaside cottage promised her by her government employer where she can take her mother to hopefully recover from consumption. First she must deal with Cade and make sure that her growing attraction to him doesn’t get in the way of her job.

The Black Fox is known to both the French and English as a person who has managed to steal maps, get secret information, and still keep well hidden. Everyone thinks they know who this person is, but no one can pin the Fox down.

Book seven of the Playful Brides novels, NEVER TRUST A PIRATE can easily be read alone. The Cavendish twins still tiptoe around each other, unsure of one another’s plans. Cade is not one to open up about his feelings, but he’s always felt as if he was not as highly thought of as Rafe. Danielle knows she cannot reclaim her past, and she has her own revenge to deal with. Can Cade and Danielle eventually be honest with one another? How will their pasts converge?

A beautifully written tale, NEVER TRUST A PIRATE is a very enjoyable read.

Maureen said…
It looks like an exciting story. Thanks for the giveaway!
3:33 AM

cheryl c said…
This sounds like a really fun story to read.
1:26 PM

CrystalGB said…
I love pirates. Thank you for the great giveaway.