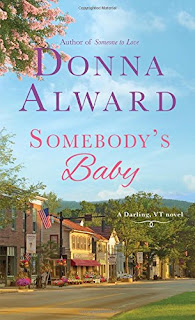 Veterinarian Rory Gallagher chose a different path from his brothers, both of whom became first responders in the lovely little town of Darling, Vermont. Rory's always had an affinity for animals―and the ladies. Known for his impressive track record in breaking hearts, Rory never meant to hurt anyone; he's just never been in a hurry to settle down. It's not as if he needs to pay a visit to the town's famed Kissing Bridge to magically find love. He'll know The One when he sees her. . .right?Oaklee Collier is the kid sister of Rory's best friend―and, even now that she's all grown up, remains immune to the pet-doctor's charms. When she shows up at Rory's clinic late one night―devastated after hitting a stray dog with her car―Rory's so-called "bedroom eyes" are the last thing on her mind. Still, his care and kindness toward the dog, and his concern for her feelings, catches Oaklee by surprise. . .and soon the two (and rescued dog makes three!) begin to share a deep connection that neither could have ever imagined. Could it be that love has been waiting for them by the bridge all along?

I love this series. Thanks for the chance to win.
ladbookfan

Yes, I have 2 dogs! This is an awesome series. Thanks for the chance to win.

Forgot to answer question, sorry. I have no pets.
ladbookfan

I have two cats. One is inside and other is mostly outside weather permitting. And have several goldfish in the pond. Thanks for the chance to win this book. Kim momof1dd

I have two cats.

I have no pets, had goldfish a few times.
Natty's Mama.

I have no pets.