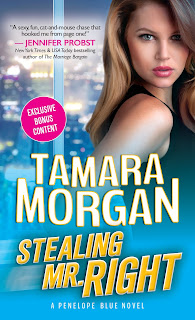 Being married to a federal agent certainly has its perks.

1. I just love the way that man looks in a suit.
2. This way I always know what the enemy is up to.

Spending my days lifting jewels and my nights tracking the Bureau should have been a genius plan. But the closer I get to Grant Emerson, the more dangerous this feels. With two million dollars' worth of diamonds on the line, I can't afford to fall for my own husband.

It turns out that the only thing worse than having a mortal enemy is being married to one. Because in our game of theft and seduction, only one of us will come out on top.

Good thing a cat burglar always lands on her feet.


“You have good taste in friends, I’ll give you that,” Grant said as soon as they moved out of earshot. “I like her.”

So did I. “I hope your partner can be trusted with her. He seems…” By the book? Straitlaced?
Unpleasant? “Serious.”

Grant twisted his head to look at me. “He is serious. But he’s also been my partner for a long time. I can safely promise you that no harm will come to her through his hands.”

Much as I hated to admit it, I would have to trust this man enough to take him at his word. Of course, that didn’t mean I failed to notice that he fully reserved the right to cause harm through his own hands. I wasn’t stupid.

“Excellent,” he said and turned his attention to the bar. “I’ll have what the lady’s having. And get her another.”

“Make mine a double this time, bartender.”

The bartender winked at me and carefully poured out two glasses of tonic water. Grant took his in hand with an almost perplexed look on his face.

“Not since I was about eighteen years old.” I shrugged an apology and set to work squeezing my lemon. It behooved me to tread lightly moving forward—especially regarding my tales of the past—but if I wanted to get answers out of this man, I would have to open up enough to keep him interested. Give and take, push and pull. Nothing in this world was free. “I drank a lot of malt liquor and bottom-shelf vodka when I was young—and I mean a lot.”

Grant’s eyes flashed in an expression of interest, the same way they always did when I surprised him with the truth. “Ah, youthful dissipation. I know it well.”

Somehow, I very much doubted that. “Oh, yeah? You hit up a lot of liquor stores when you were a kid, Agent Emerson?”

He laughed and loosened the knot of his tie, just like every other lackey in the place. Unlike everyone else, however, there was a sensuality about the action, a man allowing himself to come undone at just the throat. A flash of that vulnerable spot, taut with muscles and sprinkled with hair, was all that he released to me.

Oh, dear God. It was enough.

“I wasn’t always an officer and a gentleman. I had my fair share of youthful shenanigans.”

“If you called them shenanigans, I promise you had no such thing.”

This time, his laugh was a rumble, that force of nature not even his massive strength could hold back. “You’re a fascinating woman, you know that? The stories I bet you could tell…” He had no freaking idea.

Or maybe he did.

“You’re probably wondering what I’m doing here.” I changed the subject with a smile, fishing around in my bag. My fingers sought the peace offering I’d brought with me. “I came to apologize for storming out on you the other day, and to give you this.”

I handed over a carefully wrapped box the size of his palm. “I’ve got a few connections. It’s probably better if you don’t ask.”

His face revealed absolutely nothing as he took the gift in hand, but I could tell he was surprised. Three times I’d encountered this man, and I was already beginning to figure him out. His laughter was genuine, his smile devastating, his sense of humor perfectly intact. He was also phenomenally good at hiding any emotion other than that. Amusement and interest were allowed to run free, but the rest of it—the suspicion and the alarm, the fact that he genuinely thought I just handed him a stolen piece of jewelry or drugs in the middle of a federal agent’s bar—was quashed before it had a chance to surface.

He was good. He was very, very good.

But I was better. 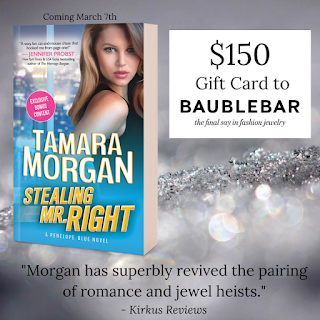