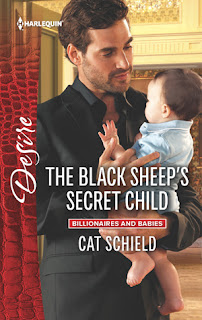 Widowed Savannah Caldwell is desperate to save her son’s legacy, so she goes to the one person she can think of: her baby son’s uncle, Trent Caldwell. Savannah’s father-in-law wants control of the music recording business left to her son after her husband’s death—and control of the child. Trent is estranged from his controlling father and would rather not get involved, but there’s a past between him and Savannah. After an attempt to kidnap by his father to kidnap Savannah’s son, Trent whisks her off to his Vegas home and agrees to help her win the battle. But will the passion that was once between them explode once again?

Savannah has always been in love with Trent, but after he rejected her steps to move their relationship beyond sleeping together, she discovered she was pregnant. It was Trent’s brother, Rafe, who proposed they marry and hide the fact that Trent was the real father. But Rafe died too soon and now Savannah has to face her devious father-in-law—and deal with whether to tell Trent he is a father.

Savannah was just a pawn in her late husband’s plan for continuing the family dynasty when he sent her off to see Trent for a chance at reconciliation. What she didn’t know was that he’d tampered with the condoms. At that time, Savannah wanted marriage and a family, while Trent was bent on expanding his empire and didn’t want children. This caused friction between them and she walked away, only learning later she was pregnant. But Rafe was there—a man dying from cancer who wanted to carry on the family name. Now widowed, she has to deal with her conniving father-in-law while trying to raise her son singlehandedly. After Trent’s initial refusal to help her, he steps in. It’s already apparent the lust the once felt for each other hasn’t died.

There’s a lot of emotional drama going on in THE BLACK SHEEP’S SECRET CHILD. Savannah is dealing with pressure from her father-in-law and trying to also decide what to do about her future. She was once an actress but would it be enough money to support her and her son? While trying to deny that she is still in love with Trent, she can’t help but give into the passion again. Sleeping with Trent isn’t going to solve all her problems, but it certainly helps her to forget them. Trent isn’t at first sure if he can trust Savannah, but even he can’t deny he’s still attracted to her. But there is still the issue of his not knowing—yet—that he is her son’s father. How will that rock their relationship?

A passionate and emotional tale readers won’t want to miss, THE BLACK SHEEP’S SECRET CHILD will have you falling in love with Trent and Savannah. Be sure to grab this and make it part of your next reading adventure.

Learn more by visiting the author's website at http://www.catschield.net/

Sounds interesting...good to have family, even those you have a history with, to help!

Sounds good. I love the cover. Thank you for the giveaway.