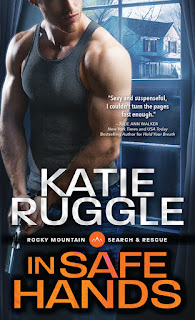 Blurb:
He was her hero,
But one wrong move ended their future before it could begin.
Now he'll do whatever it takes to keep her safe,
Even if that means turning against one of his own.
As a member of the Field County Sheriff's Department, Chris Jennings is used to having it rough. The Colorado Rockies aren't for the weak-of-spirit, but he's devoted his life to upholding the law-and to protecting the one woman he knows he can never have. He'll do whatever it takes to keep her safe.
Daisy Little has lived in agoraphobic terror for over eight years. Trapped within a prison of her own making, she watches time pass through her bedroom window. Daisy knows she'll never be a part of the world...until the day she becomes the sole witness of a terrible crime that may finally tear the Search & Rescue brotherhood apart for good.
Check out the contest below
Buy Links:

About the series:
In the remote Rocky Mountains, lives depend on the Search & Rescue brotherhood. But in a place this far off the map, trust is hard to come by and secrets can be murder...
Search & Rescue:
On His Watch (novella)
Hold Your Breath (book 1)
Fan the Flames (book 2)
Gone Too Deep (book 3)
In Safe Hands (book 4)

Excerpt:
When their laughter faded, the silence reminded Daisy of the purpose of Lou’s visit. “Did Chris tell you why he thought we should talk?”
“Not really,” Lou said. “He called me this morning and said it would behoove me to swing by Daisy Little’s house to chat, and that he’d ‘warned’ you I’d be coming. There were lots of meaningful pauses, but I had no clue what he was getting at. He was being very un-Chris-like in his vagueness, but he was pretty insistent about me talking to you. When I told him that Callum had the truck, Chris even picked me up from my house and drove me here.”
“He told me he couldn’t talk about the Willard Gray case, but that I should talk to you.”
Lou’s eyes lit, and she leaned toward Daisy. “Do you know something about the case? I’m doing a whole Encyclopedia Brown thing, ever since I discovered poor Willard.”
“Encyclopedia…what?”
Waving off the question, Lou tilted so far forward that Daisy was afraid she’d topple over. “I’ve been looking into Willard Gray’s murder, even before we knew who he was. Callum and I put together a murder board and everything.”
The more Lou explained things, the more confused Daisy got. “A murder board?”
“It’s just a whiteboard with everything we know about the case. I snuck a couple of my less wild theories on there, too, much to Callum’s dismay. He’s more of a just-the-facts kind of guy.”
“O-kay.” Daisy took a sip of coffee to give her a chance to digest some of what Lou had just thrown at her. “So, Chris wants me to tell you what I saw this morning so you can add it to your killer board?”
“Murder board.” Lou was actually bouncing on her sofa cushion. Daisy understood why she’d declined caffeine. Even without it, Lou looked about ready to rocket into space. “What did you see this morning? Did Chris actually think it was related to Willard’s case? You need to start spilling immediately. I’m dying here!”
“I’m spilling! I’m spilling!” Daisy hurried to explain before Lou started levitating. “I think I saw someone moving a body.”
Lou went perfectly still before shrieking, “What??”
Wincing, Daisy shot the other woman a look.
“Sorry,” Lou mumbled through the fingers she’d clapped over her mouth. After a few deep breaths, she let her hand drop back to her lap. “I get excited when someone mentions dead bodies. Oh, wow, that just went to a really wrong place, didn’t it? Okay, so forget my disturbing remark and get back to your story. I promise there will be no more screaming, unless you reveal something totally shocking. Let’s just say that I will attempt to keep my verbal exclamation points to a minimum, how about that?”
“Um…sure. This morning, around three thirty, I saw someone loading what looked like a tarp-wrapped body into a sheriff’s department vehicle.”
Instead of screaming, Lou just stared, her mouth open. Daisy sipped her coffee and let the other woman process the information. After several moments passed, Lou finally moved. She set her water bottle on the coffee table with the utmost care. Pulling her cell phone out of her back jeans pocket, she jabbed at the screen and then put the cell to her ear.
“Cal,” Lou said into her phone, “you need to bring the whiteboard over to Daisy Little’s house. I’m getting vital information here. I need my markers.” Her forehead creased at his response. “The whiteboard is an important part of our investigation team, Cal. We need him here.” She continued in an overly patient tone, as if the answer should’ve been obvious. “Of course the whiteboard is male. I named him Emerson.” Lou paused again. “Because someone named Emerson has to be intelligent. So, are you up for a whiteboard delivery?”
By Lou’s crestfallen expression, Daisy was pretty sure the answer was “no.” “Fine. I still love you, even if you are leaving me lost and whiteboardless.” She glanced at Daisy and gave her an apologetic look, mouthing no whiteboard. “Daisy Little’s house. Uh-huh. That Daisy Little.” Absently, she reached out with her free hand and started turning her water bottle in circles. “Deputy Chris drove me here. He was being really insistent in a weird and vague way about how I needed to talk to Daisy. Apparently, she saw a deputy moving a dead body really early this morning.” Lou listened for a minute. “That’s okay. Chris can give me a ride ho—fine! I’ll call you. You know,” her tone turned crafty, “if I bought that old International pickup I want, you wouldn’t have to be my taxi service.” Her disappointed, no-whiteboard frown returned. “But it’s adorable. Who needs modern safety features when I’m driving something so awesome? Yes. Okay. We’ll argue about this later. I need to get all the body-moving details from Daisy now.” Lou looked a little too excited about the prospect. “Uh-huh. Love you, too. Bye.”
After poking at her phone again, Lou tucked it into her back pocket. “No whiteboard.”
Daisy snorted. “I got that.”
“Do you have a notebook or a piece of paper or something?” Lou asked. “I know I’m not going to remember everything.”
“Sure.” Daisy retrieved a small notebook and a pen from the junk drawer in the kitchen and offered them to Lou before taking her seat on the couch again.
“Perfect. Thank you.” Lou flipped open the notebook cover. “Now tell me everything.” 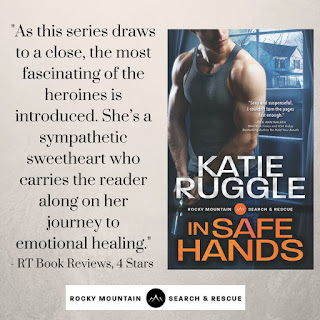