Welcome Skye Jordan and a Giveaway! 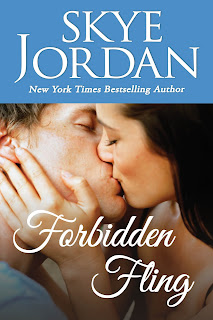 Forbidden Fling, Book 1 in the Wildwood Series by Skye Jordan
Delaney Hart has come a long way from her wild youth, dating tattooed bikers at her father’s bar, The Bad Seed. But when his death pulls her back to Wildwood, California, she must stay to renovate the dive he left her. And also face the lies and secrets that sent her running ten years before.
When Wildwood’s chief building inspector, Ethan Hayes, shows up on the property, Delaney doesn’t recognize him. The last thing he wants to do is save the bar where his cousin died in a brawl. But the good boy from her past is all too willing to remind her of the bad girl she used to be. And one night of passion leaves them both in a compromising position.
The last place Ethan should be is in Delaney’s bed. Guilt, family pressure, and plans for a brewpub of his own make shutting down The Bad Seed his top priority…until his feelings for Delaney interfere. Because her future depends on the success of the bar’s renovation and his dreams are rooted in its failure, their forbidden romance may be destined for heartbreak

~~~
In addition to the blog tour wide Rafflecopter Giveaway, she is giving away to one lucky winner on this blog a set of coasters. Please comment to be entered! 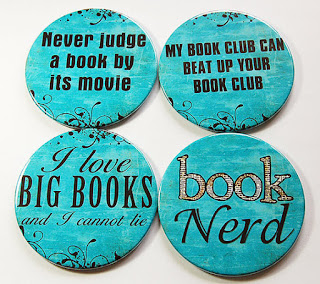 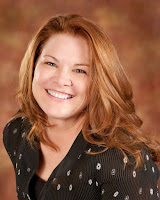 Skye Jordan is a pseudonym for New York Times bestselling romantic suspense author Joan Swan. Skye’s novels are about enjoying that little wild streak we don’t let out often enough. About those fantasies we rarely get the opportunity to indulge. About stretching limits, checking out the dark side, and maybe even acting a little naughty. They’re about escape and fun and pleasure and romance. And, yes, even love, because while wicked-great sex is good, happily ever after with wicked-great sex is even better.
When she’s not writing, Skye loves to read, knit, craft, row, ride, and dabble in photography.

She lifted a hand to his face and cupped his jaw. “You’ve been through enough. You have a great life here. A good job, great friends, everyone in town respects and likes you, all the single girls can’t wait for the day you look their way. I’m not going to come into town for a week, or a month, turn everything upside down, and leave. That’s not right.” She ran her thumb over his cheek and smiled. “So we’re good?”

Panic blipped through his chest. He covered her hand with his to keep her from leaving, while he fought for something to say that would fix everything and make her stay. But she was so freaking rational, so goddamned logical, he was having a hard time finding anything to work with. And with the bar, his grandfather, his family, his aunt, and his job in the middle of this, he didn’t even know if he should.

“It’s not a big deal.” She curled her fingers around his and lowered their hands. “And I’m not going to make it one. I just wanted you to know so you wouldn’t worry. I’m good, so we’re good.” She nodded. Smiled again. “Okay?”

Say okay and let her go.

He shifted on his feet.

Let her go. Right your world.

Her goddammit-I’m-barely-holding-on-here plea was lost on him. He slipped his arms around her waist and pulled her warm little body against his.

She pushed at his shoulders, leaning away. “You know I’m right. You know it’s what you need.”

“No.” He lifted a hand and cupped the back of her neck. “You are what I need.”

He pulled her mouth to his and kissed her. She mewled, the sound frustrated, but her hands fisted in his shirt and held him close.

Ethan softened his mouth, tilted his head, and kissed her again. This time, she whimpered and her body loosened. The feel of her melting against him pushed heat through his body. He moaned and slid the hand at her neck into the silky strands of her hair, and when she parted her lips to gasp, he pushed his tongue into her mouth.

She opened to him immediately, hungrily, and met the stroke of his tongue. The warm, wet slide made everything Ethan had been holding back—the lust, the confusion, the fear, the anger, the want, the longing—break through his barriers like a flood. The wave wiped everything from his mind but Delaney and brought profound relief.

With nothing else invading his thoughts, he focused on the luscious cushion of her breasts against his chest, the soft mound of her sex against his cock, the feel of her small waist beneath his arm.

He tore out of the kiss, lifting her into his arms and starting for the house. “Fuck, I need you.”

She bit her way down his neck, and tingles spread across his skin, but at the same time she murmured breathless attempts at logic. “We can’t keep doing this. Too complicated. If anyone finds out . . .”

He pushed his door open, covered her mouth with his, and let his tongue talk her out of leaving. By the time they were inside, she had her legs wrapped at his hips, one hand deep in his hair, the other working his belt open.

The thrill of winning her over spread through him like fire. He kicked the door closed, and Delaney pulled out of the kiss, breathless, both hands moving to the buttons of his shirt. Turning a circle, he searched for the closest horizontal surface. But his kitchen was a mess, his sofa was covered with laundry, and his dining room table was strewn with paperwork.

Then her mouth found his again, licking and biting and sucking, while her hands worked on his shirt, and his desperation mounted.

“This is the last time,” she murmured between kisses. “Not happening again.”

Screw that. He turned a half circle and rested her butt on a wide, deep windowsill. Her thighs opened, and she pulled him between her legs. 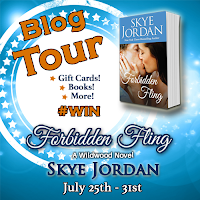 Thanks for having me on the blog!

This one sounds really great! Would love to read it.