The first time Jerry saw Kylie, he was taken by her beauty and innocence, but he stayed away because she was too young. A member of the Insurgents MC, Jerry’s life revolves around the club, his Harley, and easy sex. Women clamor for the rugged, tatted outlaw’s attention, and he obliges, but his sights are set on the pretty, young blonde who is all grown up now—sweet curves and all….
Kylie fills his thoughts, and he dreams of his fingers tangling in her glossy hair, her legs wrapping tightly around his waist, her full lips quivering as she comes.
Only problem is he can’t have her.
But… he can’t stop himself from craving her, and if he acts, it’ll surely cost him everything.
His resistance is waning….
Kylie McDaniels is the pretty daughter of Banger—President of the Insurgents MC. She grew up in the outlaw biker world, but her father shielded her from the dark side of it, and she still has an innocence he prefers she keep. Banger is very protective of his daughter, and he’s made up his mind that she won’t fall in love with a biker, especially Jerry.
She’d listen to her father, but the hot, muscular biker makes her want to do some not so innocent things.
Her insides melt, and her brain turns to mush whenever he looks at her with his hungry, brown eyes.
Damn. Why does he have to be so sexy?
As Kylie maneuvers her budding sexuality and attraction to Jerry while trying to stay on the good side of her dad, someone is out there watching her, waiting to make his move. He’s come for retribution, and Kylie is the pawn in his scheme. Will Jerry be able to stop the madman before he strikes?
Can their forbidden love survive the chaos of the world around them?
The Insurgents MC series are standalone romance novels. This is Jerry and Kylie’s love story. This book contains violence, sexual assault (not graphic), strong language, and steamy/graphic sexual scenes. It describes the life and actions of an outlaw motorcycle club. If any of these issues offend you, please do not read the book. HEA. No cliffhangers! The book is intended for readers over the age of 18. 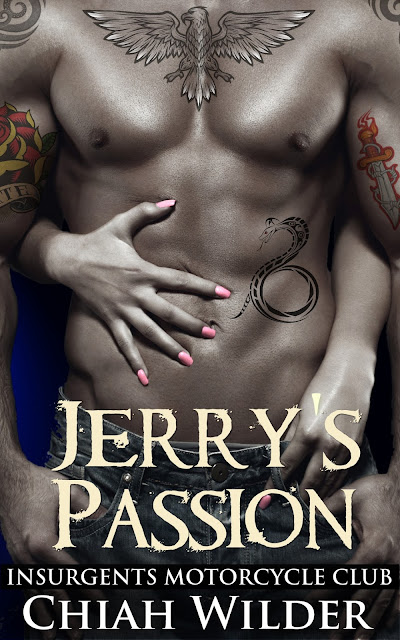 Prologue
Mid-March
Red Rocks University
Crested Peak, Colorado
He stood in the shadows behind the bush, staring intently at the window on the second floor. A glimpse of her made his heart race and he licked his lips, ripping off the dry skin with his front teeth. She was so damn beautiful. When he’d decided to seek her out, he had no idea how pretty and innocent she was. Since she was the daughter of the president of the Insurgents MC, he’d figured she’d look tough and used-up. But she was a lovely angel with blonde hair that touched the top of her ass, rounded tits that would fit perfectly in his hands, and large blue eyes that sparkled with innocence.
He inhaled sharply. Seeing her had changed his plans somewhat. Watching her come and
go for the past several weeks, he’d grown attached to her. As crazy at it sounded, he wanted to get to know her, become a part of her world.
“Mary, come on up. Taylor and I aren’t ready yet!” Kylie yelled out her dorm window,
her hair framing her face.
The girl she’d yelled out to bounced up the flight of concrete stairs then entered the three story Gothic-style building. It had taken some time for him to find which dorm Kylie lived in.
The university had more than fifteen thousand students, but he’d persevered and he found her. She lived with a dark-haired roommate—Taylor—in room number 222, on the second floor in the middle of the hall. A perfect location for him to watch her as she sat at her desk and studied, glanced down at her phone, or just stared out the window at the Rocky Mountains in the distance, a faraway look in her blue gaze.
The man had been driven to find her, hate and retribution fueling him on, but then he saw


her and his pants grew tight, and he knew his plan had changed. He buried himself further in the bush when the large wooden doors of the building opened and Kylie, Taylor, and Mary filed out, laughing and talking like young college students do. He breathed out when the trio passed by the greenery which hid him. The scent of vanilla, lavender, and patchouli lingered as they scurried down the brick path. Not knowing which one belonged to his Kylie—he’d started thinking of her as his—the young man made a note to find out which aroma was hers.


Slipping out from his hiding place, the man shoved his hands in his pockets, keeping his
distance as he followed the young women. Each time Kylie’s hips swayed, his dick twitched
more, and he willed himself to focus on the goal of his plan.
A broad-shouldered young man approached the girls. “Hey, Ricky.” The slight breeze


carried Kylie’s sweet voice.
“Hey. What’re you guys up to?” he asked.
“We’re going to grab a burger at University Café, then check out the show for Thursday
Thrills.” Kylie moved closer to Ricky. Her stalker growled when he saw her arm rub against the college boy.
“There’s a hypnotist. Everyone’s raving about him. Want to join us?” Mary asked.
He watched as the three women flirted and fawned over Ricky, who kept staring at Kylie
in a way that made his blood boil. Note to self—Ricky’s fucking history!
“Sure, why not?” Ricky looped his arm with Kylie’s, and the four students ambled
toward the café.
Wrapping his leather jacket tighter around him, he leaned against the wall of the Student
Center. He’d wait—he had to. The man wanted to make sure Ricky fuckface didn’t spend the night with Kylie. She was his, and no one would take her away from him. Just thinking about running his hands through her silky hair, and touching her skin—he imagined it would be soft as velvet—made his dick jab hard against his jeans. It wasn’t time yet, but soon, he’d have her legs wrapped around his waist as he plunged his hardness into her tight heat. Their fucking would be sweet and nasty, and she’d cry out his name as she came all over his cock.
Then he’d hurt her real bad. Maybe even cut her delicate throat.
He had to. 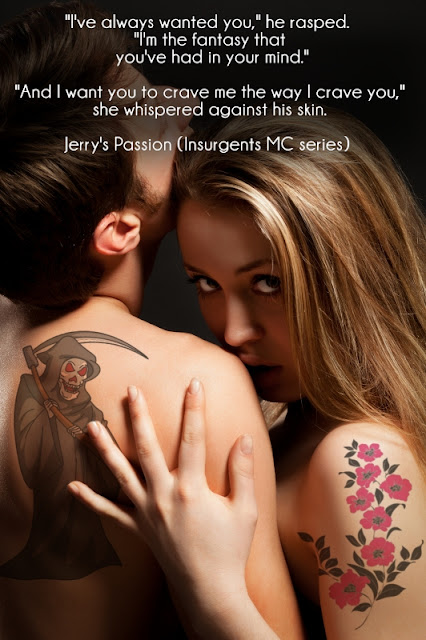 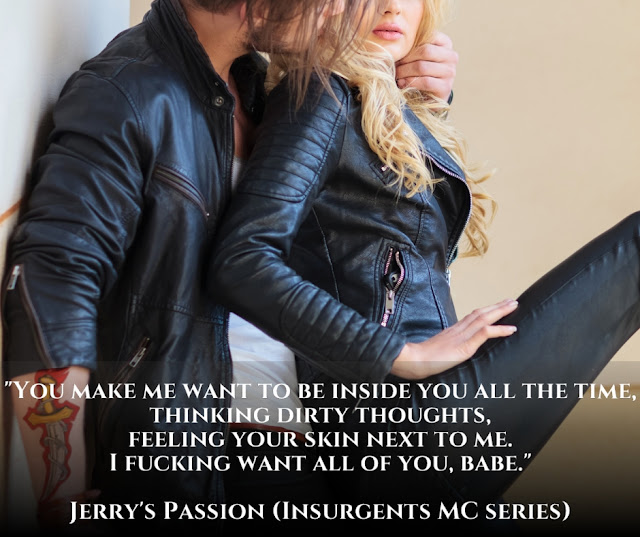 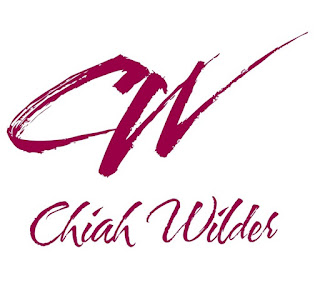 Chiah Wilder is the author of Hawk’s Property, the first book in the Insurgents MC Series. It is a full length, standalone novel. Its release date is set for October 27, 2015.
Always a lover of books, she began writing at a young age and continued through college with collections of short stories. Figuring she had to grow up and get a “real” job, her writing was placed on the back burner.
Her love of reading has always be center front in her life. Chiah’s love of bad boys both in and out of fiction has inspired her Insurgents series. She loves an alpha male whose softer side is brought out by a passionate, spirited woman. In fiction there are no rules or boundaries, and fantasies can go as far as the characters want to take them. Steamy, biker romances with rough, sexy bad boys are her guilty pleasure along with brownies, cheddar cheese, and movie marathons.
Returning to writing has been a dream come true. Writing and publishing Hawk’s Property has been an amazing journey, and she is happy to share the Insurgents family with her readers. She is busy writing her next book in the series.
Chiah would love to hear from you. You can contact her at: chiahwilder@gmail.com