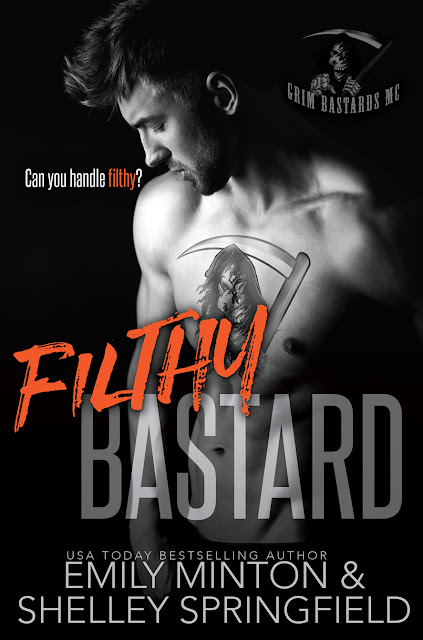 She's a poor little rich girl.
With a vindictive mother and an obsessed brother-in-law, all Adyson Sloan wants is a little freedom—for her and her sister. She dreams of having a little room to breathe and making her own choices. But when she's kidnapped by the Grim Bastards MC, freedom comes at a much higher price. Terrified, but determined to get back to her sister, Addy’s plans are ruined when she falls for a bastard with a chip on his shoulder.
He's a bastard without a heart.
Sergeant at Arms Brew Decker plays by his own rules. To him, nothing is sacred but the brotherhood. He lives and dies by the club and would do anything for them—even kidnap an innocent woman. After all, she's merely a pawn in the bigger game. But everything changes when he meets Addy. Suddenly, he'd do anything for his captive.
Can love between a rich girl and a bastard survive without someone losing it all?