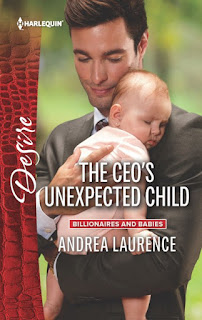 After a teenage bout with testicular cancer, billionaire restaurant owner Luca Moretti doesn’t think he will ever have children, even if he stored a couple of sperm vials before his radiation treatment. But to his surprise, he learns that a mix up at the fertility clinic led to his sperm being used to impregnate a woman—and she has given birth to his daughter, Eva. Luca wants to be involved in his child’s life, but the mother, widowed Claire Douglas is fighting against his rights. They are headed to court, and Luca thinks the only way they can peacefully come to a resolution is for them to spend a month together at a beach home on Martha’s Vineyard. Claire reluctantly agrees, and soon learns there is more to Luca than him being a savvy restaurant CEO.

Luca finds himself attracted to Claire, so getting involved with her isn’t a pain, but will be a pleasure. Claire is more reticent, mainly because she doesn’t trust men who try to push their control onto her. She went through her marriage to a man like that and it only ended in unhappiness when she learned after he died that he was unfaithful. Eva is Claire’s life, and nobody is going to come between her and her child. Yet, there is this sizzle of desire between her and Luca. He’s charming, but is he using his charms to get her to agree, before turning on her? Claire tries to resist Luca, but it soon proves futile.

A little baby is caught between a couple who both love and want her in THE CEO’S UNEXPECTED CHILD by Andrea Laurence. Claire and her husband were experiencing fertility problems and thought they’d solved the problem by going to the clinic. But mere months into Claire’s pregnancy her husband died in a car crash—along with his mistress. Claire felt betrayed by him, but the child inside her would be her world. Then, shortly after Eva’s birth, she learned the truth about the sperm—and was sued for custody by Luca. She is not going to turn Eva over to a man who knows nothing about raising a child. The battle lines are drawn….who will be the first to budge?

Luca learns that being alone with Claire and Eva on Martha’s Vineyard turns out to be an eye-opener—for both. He comes from a large family and knows more than enough about taking care of children. He is struck by Claire’s quiet beauty and soon sees her as a woman who has gone through a lot. There’s a sizzling attraction between them, and they soon act upon it, but will it only jeopardize their civility toward one another when the case is settled?  Or will the closeness turn into love?

Neither Claire nor Luca expected to find love again in THE CEO’S UNEXPECTED CHILD, but soon he’s thinking about make her his wife. Yet there’s still some unanswered questions that need resolution before they can find a happily-ever-after. It’s a tale of rebirth and a child that brings them together. An enchanting and enjoying tale, pick up THE CEO’S UNEXPECTED CHILD for an emotional read.

Buy from Amazon
Buy from Barnes&Noble

Win a print copy of this book.... Post a comment (US mailing addresses only) and I will announce the winner later in the week,
at March 28, 2016

It sounds like both Luca and Claire are stubborn. Luca stems for having money and he "wants, he gets!" Claire's stubbornness stems from wanting/needing a child and doing everything it took to have that child. Now it's her instinct as a mother to shelter and protect her Eva. I can't wait to read how this all plays out and see is Luca finally has a child and Claire find the love of a loyal man. Thanks for the chance :)

This sounds like a heartwarming novel. I've never read Andrea Laurence's books before but I look forward to it!

I love books with lots of chemistry between the hero and heroine. This one adds emotion to the attraction. I've only read one of Andreas's books and it captured my attention. I'd like to read how Luca and Claire work this dilemma out.