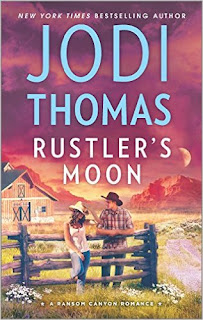 Angela Harold is starting over in Texas after the death of her father in Florida, and the message he left behind…run, disappear, vanish. She doesn’t know what he meant, but she decides that her love for Texas history and the job available as curator of a small town museum are the answers to her future. Angela packs up her old cat, the replica of an antique necklace given to her by her father, and what belongings she can stuff into her car, plus the dozen one hundred dollar bills her father left her, and heads west to the tiny town of Crossroads, Texas.

Wilkes Wagner runs his family farm along with his aged Great-Uncle Vern. Ever since getting out of the Army, Wilkes has lived a lonely life on the ranch, his plans for marriage squelched when he got his Dear John letter from Lexie. He and his friend, Yancy Grey, hang out at the diner, but Wilkes’s life is pretty much at a stalemate. Meeting the new museum curator has livened things up a bit, but she’s a little stand offish.

Lauren Brigman, the sheriff’s daughter, is in her first year of college at Texas Tech. She and boyfriend, Lucas, and their friend, Tim, from Crossroads, meet up when they can, but as much as Lauren wants to be with Lucas, he is busy building his future. Lauren’s new roommate, Polly, is the opposite of Lauren. Polly is a party girl, hates to study, and is barely getting by in school.

The citizens of Crossroads know everyone’s business, and they are quick to realize that Wilkes and Angela are meant for each other. They also find out that Carter Mayes is still searching for the hidden cave of his childhood memories where wall drawings have haunted his dreams ever since. When mysterious events begin occurring at the museum, at Angela’s cabin, and a strange car keeps appearing and disappearing, the sheriff, Wilkes, and Angela will have to work together to discover what Angela’s father was warning her about.

The second in the new Ransom Canyon series, RUSTLER’S MOON is vintage Jodi Thomas using her beloved Texas as a background, and giving readers a terrific character-driven story. Add a mystery and budding romance, and RUSTLER’S MOON is everything a reader can want. Enjoy!