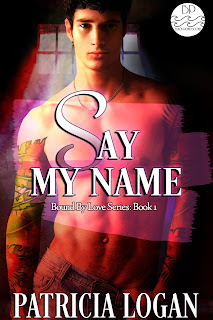 "Say my Name" is the story about a Marine Corp veteran who was injured during a firefight in Afghanistan. Cole Chambliss returns home a broken and disfigured man. Now, years later, Cole owns a BDSM club called Raw Hide and he lives in the apartment above the club. He doesn't show his face to the world and the only contact he has outside the apartment is with Bull, his trustworthy friend who helps him run the club and with the clubgoers who he watches from a wall of windows above the club. One night, Cole fixates on a submissive and a scene in the Pit, the club's stage. He becomes enthralled, and tired of being lonely, he sends for Dawson, the gorgeous young man. Over a series of encounters, the men fall in love but Dawson is forced to wear a blindfold and he is left to imagine what can possibly be wrong with Cole. You'll have to read the book to find out how the two resolve things but I'll just say, I love happy endings.

That the Beauty and the Beast-Phantom of the Opera theme would be such a big hit among readers who just loved the book.

3. Do you have any quirks or rituals?

No, not really. I just love my coffee and my laptop. I don't think those qualify as quirky.

My friend GA Hauser was a great encouragement once I became an author. She helped me to connect with fans, set up my self-publishing platform, and brand myself.

They wish I made more money at it but they are very proud of me.

I have a large family, four kids, two grand babies, four cats, a long-suffering husband of 30 years and that keeps me really busy. I love to cook and watch my cop/detective shows and of course, I love to read. My books are my best friends.

I am currently writing the third book in my Marine Bodyguards series, "The Brat" and then I have another book for the Bound by Love series called "I Dare You". Those will both be released soon. 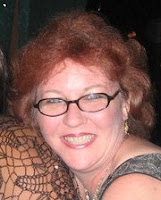 Author Bio:
International bestselling author Patricia Logan, resides in Los Angeles, California. The author of several #1 bestselling erotic romances in English, Italian, French, and Spanish lives in a small house with a large family. When she’s not writing her next thriller romance, she’s watching her grandchildren grow up way too soon, and raising kids who make her proud every day. One of her favorite tasks is coaxing nose kisses from cats who insist on flopping on her keyboard while she types. Married to a wonderful gentleman for 30 years, she counts herself lucky to be surrounded by people who love her and give her stories to tell every day.
Become a fan of Patricia at http://authorpatricialogan.com/ and receive a free book of your choice. Email her at patricialogan.author@yahoo.com. She loves to hear from readers more than anything and will respond to all emails.
Social Media Links:
FB: https://www.facebook.com/ploganauthor
Website: http://authorpatricialogan.com/
Twitter: https://twitter.com/PatriciaLogan1

Blurb:
Dawson Thomas is a rent boy, a young man who goes out hoping to impress a man who’ll pay him to be a submissive for a kinky night together. One night he accompanies a friend to a BDSM club in New York. Raw Hide is a place where men gather to live out their fantasies and Dawson can’t believe his good luck when the owner invites him upstairs to be paid for a night of kink. When others whisper that the man is hideously deformed, calling him “The Monster”, Dawson remembers the cost of his tuition and puts aside his fears, accompanying the bodyguard to the man’s apartment.
Each night, Cole Chambliss paces in his rooms above Raw Hide, watching beautiful submissives give themselves to their Doms, just a few steps down the stairs. Cole longs for days past when he could go out in public… when no one would stare at him in horror. After paying a bitter price when fighting for his country, Cole knows his days of walking among whole men are gone forever... that is until one night he takes a risk that terrifies him. The stunning submissive who’s caught his eye is something extraordinary and Cole decides he must chance everything for one last shot at happiness.
One dark night, one desperate risk, and one horrifying request later, Cole hears the words he’s feared since his return from the war. “Say my name, Sir… please just… say my name…”