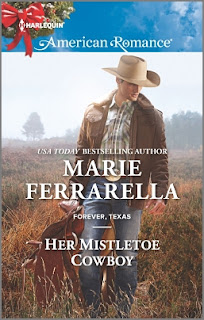 Kimberly Lee has never been able to get the approval of her prominent San Francisco family. Her father and two sisters are surgeons, her mother a law professor. With only a lowly Liberal Arts degree, Kim aspires to be a writer, something her family considers a profession for nobodies. At the moment, she freelances for Western Times Magazine. The editor-in-chief is sending her to a little town in south Texas, a far cry from San Francisco. He wants a piece about a place called The Healing Ranch where two brothers take in wayward teenage boys and supposedly turn them around—his sister’s son is currently there and reportedly doing well.

The White Eagle brothers, Jackson and Garrett, run a small horse ranch they inherited from Jackson’s uncle near Forever. The half-brothers did not have great starts in life; the only good parent they had was Garrett’s mother. Jackson, especially, had a miserable beginning, but when his step-mom sent the troubled teen to his father’s brother, he changed. It was Jackson’s idea to pay tribute to his Uncle Sam by giving other boys like him a chance. Garrett is happy to go along with his big brother. Besides producing and training quarter horses, the brothers take in troubled teenage boys and, by giving them chores and responsibility for the horses, give them the attention and self-respect they need.

Kim panics a bit on the long, empty drive to the ranch; she’s a city girl through and through, but a man on a horse finds her. He’s Garrett White Eagle, who is taken with the tiny beauty. Kim’s more scared than impressed. As she ponders the focus of her article, she tries to find the White Eagle men’s angle. She doesn’t believe in true altruism. There is some secret somewhere.

Readers of the Forever, Texas series will already know that the town is full of warm and interesting characters and that Kim has a lot to learn about love, friendship, and just plain caring. The cast is a varied mix of American this and that, from the blue-eyed White Eagle boys with Navajo heritage, to Kim’s Asian American blood. The author doesn’t dwell on this aspect; it’s just one of the facts of life, as it should be. Forever, Texas is a long series, but for Jackson’s story, look for last September’s THE COWBOY AND THE LADY.