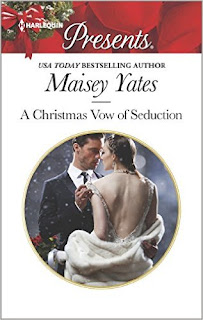 It’s not every day that a princess is presented as a gift from one country to another, but that is exactly what happens when Princess Zara is given to King Kairos of Petras. However, the king is married, so he “regifts” the princess to his bachelor playboy brother, Prince Andres, and told they’ll marry at Christmas. Zara doesn’t want to marry anyone, let alone a prince, so she plans to make Andres life miserable so that he’ll reject her.

Andres doesn’t want to marry either, but his brother has decreed that he shall give up his debauched lifestyle and settle down. All his life Andres has been the irresponsible one and he doesn’t want marriage to stop his adventures. Zara is young, beautiful and a wild one, as she was raised in the forests after her family was brutally murdered during a takeover. She is not familiar with how to act amongst the rich and cultured society, so Andres takes it upon himself to try and make her presentable. However, he soon discovers a blossoming Zara has him wanting her…very much.

Wild and out of control could be used to described both describe Zara and Andres in A CHRISTMAS VOW OF SEDUCTION. Zara was raised by an isolated band of people in the forests of her country after her family’s deaths and doesn’t know how to act properly in royal surroundings or modern society. Not that she cares, since she doesn’t want anything to do with Andres, yet the man has vowed to seduce her into his bed…by Christmas. For a man who doesn’t value faithfulness, he suddenly wants Zara exclusively.  Andres can’t promise Zara love, but he will promise her a life befitting a princess. But deep down is a man who still can’t forget his mother walking out. Did he cause her to leave? Is he trying to act irresponsibly enough to force Zara to walk out also?

Virginal Zara proves to be a hard one to win over in A CHRISTMAS VOW OF SEDUCTION. But Andres is just too good at wooing and their relationship is passionate—in both their disagreements and kissing—that it doesn’t take long before he has her in his bed. But until Andres gives his heart to Zara, can there be any chance of future happiness for them?

A CHRISTMAS VOW OF SEDUCTION is a passionate tale of honor and responsibility for a couple who soon long discover they want each other. Zara may start out indifferent to Andres, but it doesn’t take long before she wants to fight for him and their love. Discover their passion in this riveting tale.