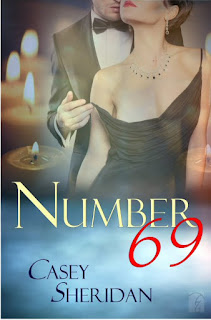 Things heat up when she tries to figure out who it is that has the remote to her panties.

Casey: I learned to do a better job of looking at the surroundings from the characters perspective. I always thought I did a pretty good job of that before, but when it came to describing the scenery, with all the senses, in Number 69, I realized I needed to do more.

Casey: Not really. I definitely need to have my bottle of water nearby, and I don't like background noise such as music playing.

Casey: My friend Chris Braeger gave me encouragement. He and his wife are great people. I've known Chris since, gosh, forever, I think.

Casey: My family has no idea that I write or that I'm a published author.

Casey: I love to read, watch movies, and listen to music. I also love animals and care for feral/outdoor kitties. As a matter of fact, I'm donating all my books royalties in October to Alley Cat Allies in a month long celebration of National Feral Cat Day (October 16th http://www.nationalferalcatday.org) When anyone buys any of my books this month, the royalties will be donated to help kitties live healthier lives.

Blurb
A matchmaking party was not Melodie's idea of fun, and wearing vibrating panties was just plain weird. Or was it?

Should she go to the party? After all, she just might meet Mr. Right. And if he doesn't show, she has the vibrating panties to keep things interesting.

All Funds to Charity in October
The 16th of October is National Feral Cat Day. It was started by Alley Cat Allies (alleycat.org) fifteen years ago.

As someone who helps care for feral/community cats, I've always wanted to do more for them, so this year I'm celebrating #NationalFeralCatDay all month long.

How am I going to help all those four-legged, furry kitty-cats? All royalties from the sale of any of my books during the month (Oct 1-31, 2015) will be donated to Alley Cat Allies to help with their Trap-Neuter-Release program, a program that helps feral cats lead healthier lives and it's a humane way of controlling population.

You can learn more about feral cats and Trap-Neuter-Release on Alley Cat Allies website at alleycat.org. And, please, don't forget, the cats (and dogs) at your local animal shelter would love to have you volunteer. 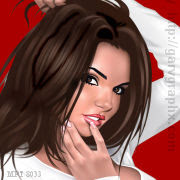 An introvert and lover of chocolate, Casey is happiest when writing. She enjoys spending time with close friends, listening to music, watching movies, and reading. She loves animals and volunteers to care for a local feral/community kitty pals.

Add your name to Casey's mailing list to be kept up to date on her latest news and releases: http://eepurl.com/bacS9D

Thanks for having me on your blog today :)